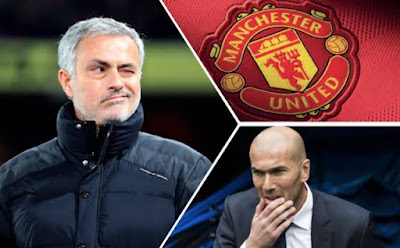 Zinedine Zidane has no plans to take over at Manchester United because he has no desire to manage in England.

That’s according to his agent Alain Migliaccio, who previously spoke out about the prospect of the Real Madrid boss one day managing at Old Trafford, saying: “It does not really attract him”.

Zidane was loosely linked with the Manchester United manager’s job towards the end of Jose Mourinho’s tenure in 2018, following his first stint in charge of Los Blancos.

The World Cup winner would eventually return to Real Madrid after a year out, with Manchester United missing out.

Zidane’s agent Alain Migliaccio said at the time: “I do not think that he will manage in England. It is much less his style. I have discussed it with him, it does not really attract him.”