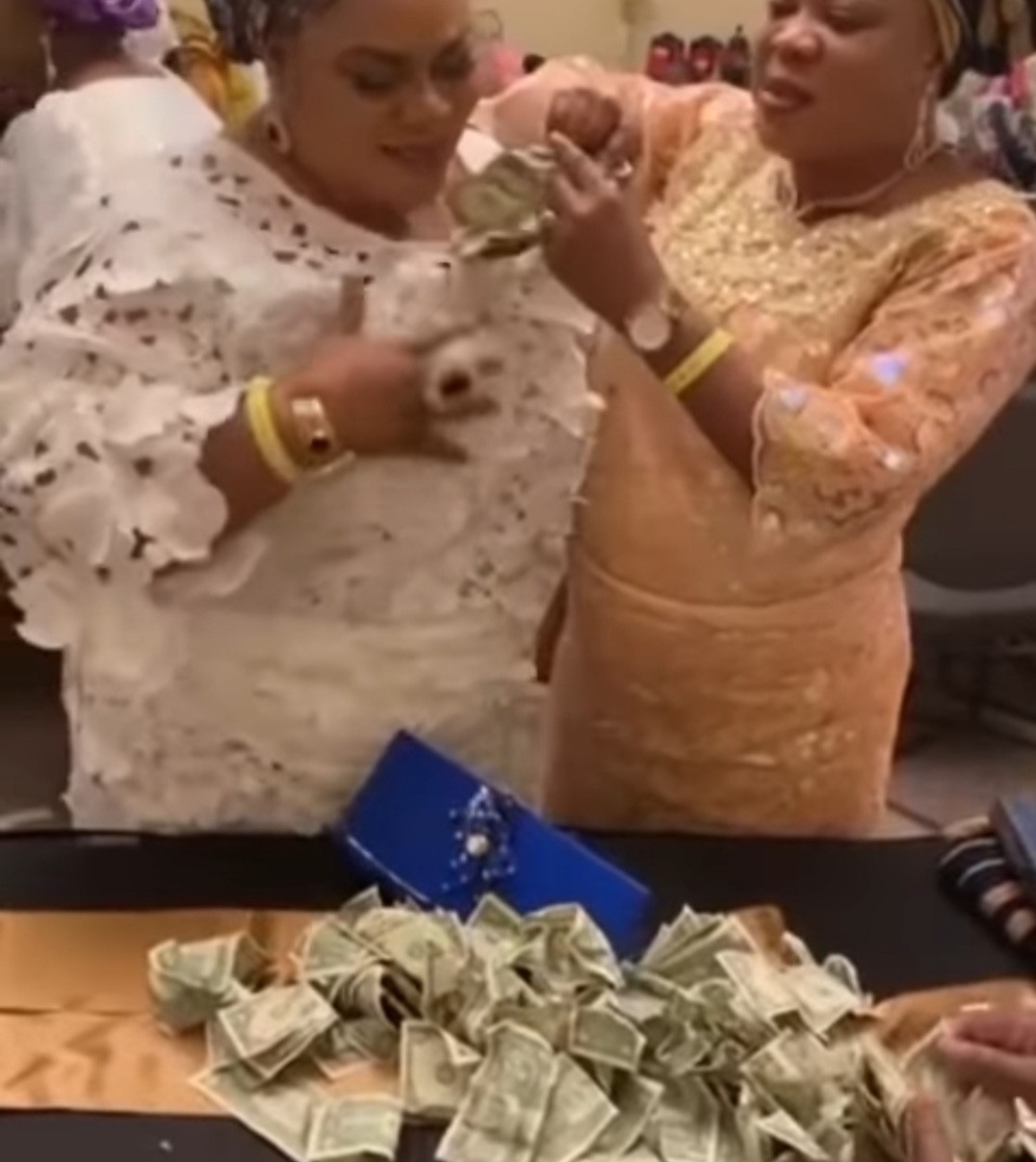 The moment a woman dipped her hands into another woman’s bosom to dig out wads of cash was filmed at an event.

Apparently, friends of the woman sprayed her foreign currency, but rather than let it fall to the floor as is the norm, the friends dipped the money inside her top to prevent “pickers” from making away with any of the money.