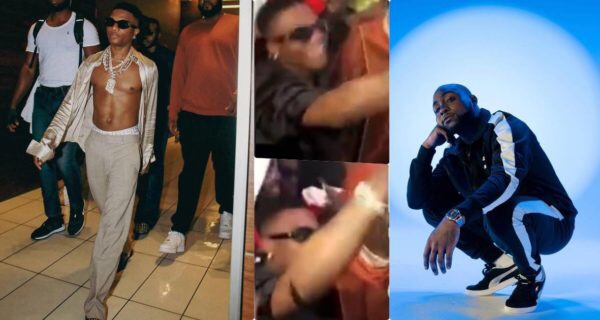 Grammy award-winning singer, Wizkid Balogun, once again surprises his fans, Wizkid FC, by vibing to the song of his counterpart, Davido Adeleke.

In a video making rounds on social media, Wizkid can be seen dancing joyfully to the hit song ‘Champion Sound’ of his supposed arch-enemy.

This comes following his sold-out show in Ghana where he preached about peace between the sister countries, Nigeria and Ghana.

Despite the supposed feud between him and the billionaire’s son, Wizkid ecstatically jumped when Davido’s song played in the background.

It would be recalled that Davido once revealed in an interview that he used to be a good friend of Wizzy until fans turn them apart with the comparison of one being better than the other.