Nollywood actor and movie producer, Kolawole Ajeyemi has broken his silence on the alleged marital crisis with actress, Toyin Abraham.

It was earlier speculated that Toyin and her husband, Kolawole Ajeyemi had been having an in-house crisis, arising from Toyin’s attitude towards certain issues that revolves around their family.

These rumours arose a few hours after Rapper JJC Skillz publicly announced that he has walked out of the once upon a lovely union he shared with Funke Akindele.

According to popular controversial blogger, Gistlover, Toyin Abraham’s husband has been complaining about Toyin’s attitude towards him, her refusal to follow him to church and her skipping to sleep at home for couple of days.

Taking to his Instagram page, Kolawole Ajeyemi posted a video to assure fans that all was well with the union.

He shared a video of him, the actress and his daughter from a previous relationship dancing.

He captioned his post with the hashtag, fake news, make money and greatness.

Recall that the management of Toyin Abraham Ajeyemi had reacted to her alleged marital crisis.

Toyin Abraham’s team noted that her marriage was still very intact and that Toyin only sleeps outside her matrimonial home when her job calls for it. 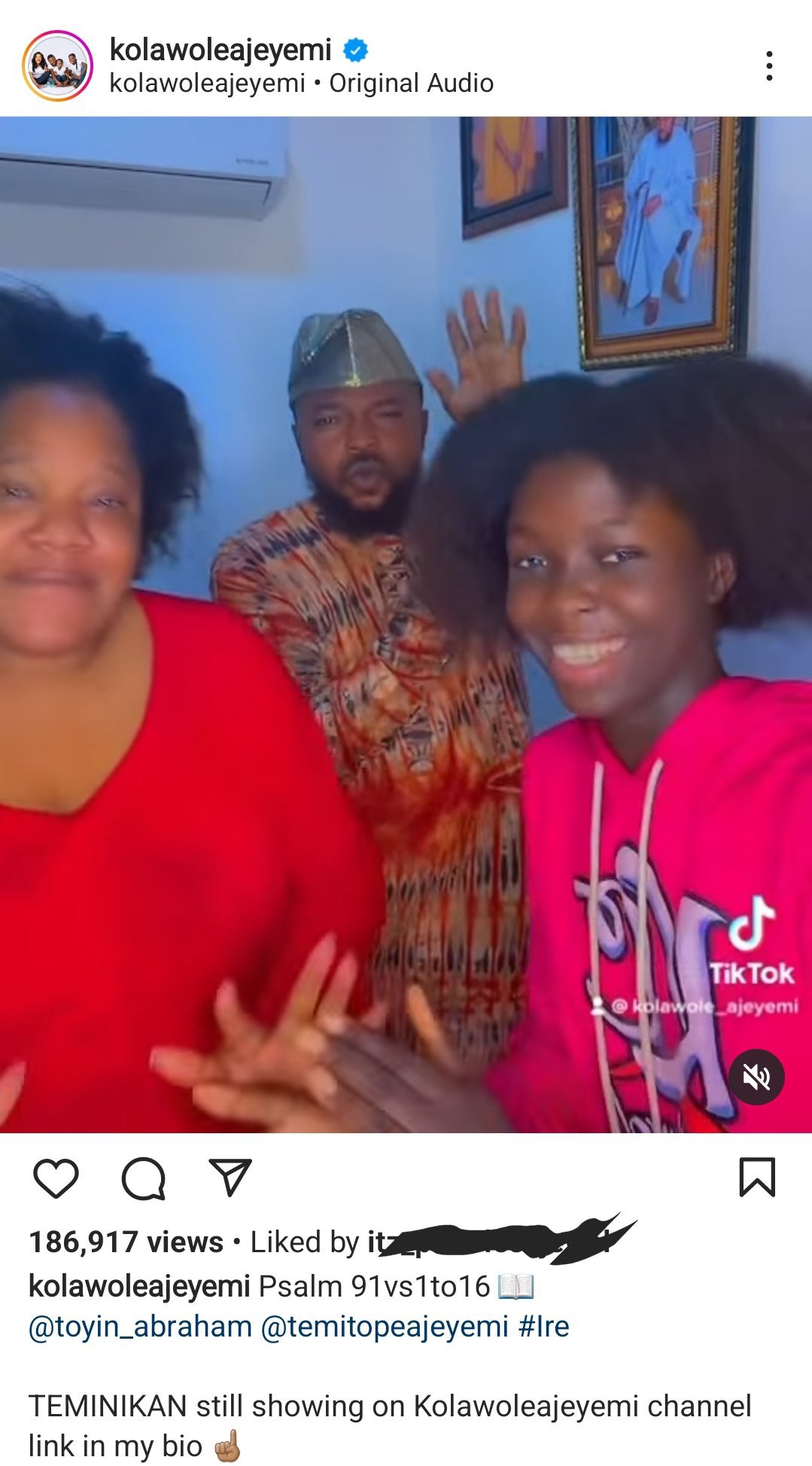