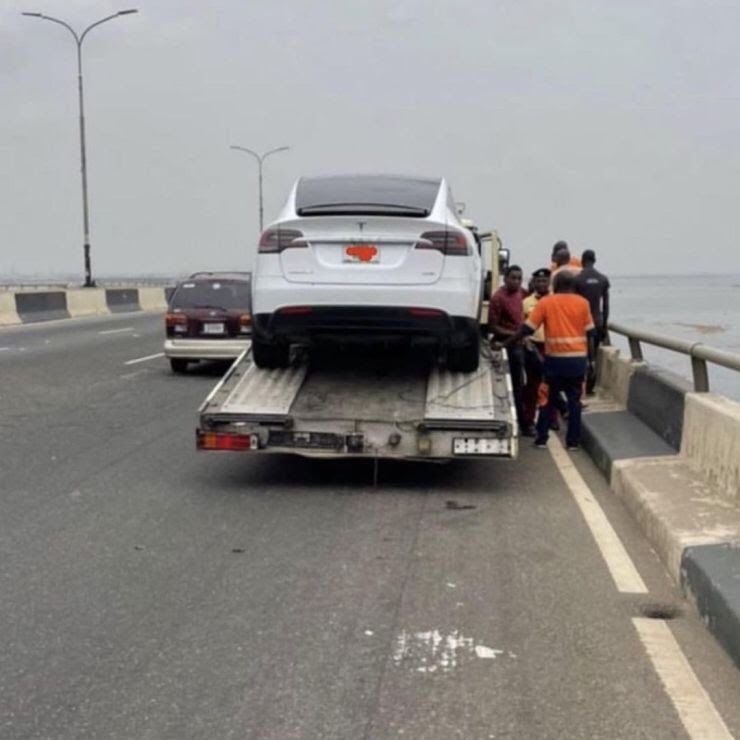 A Tesla broke down on Third Mainland Bridge in Lagos and the owner had to get it towed because there was no place for it to be charged.

A Tesla is an automatic electric vehicle which operates without fuel or diesel. The man had apparently forgotten to charge it while leaving his home and so it stopped on the popular bridge.

A Twitter user @OneJoblessBoy shared photos of the moment a towing van was taking the whip and many Nigerians found it hilarious.

”As seen on Third Mainland Bridge. Tesla na you mate”, he captioned. 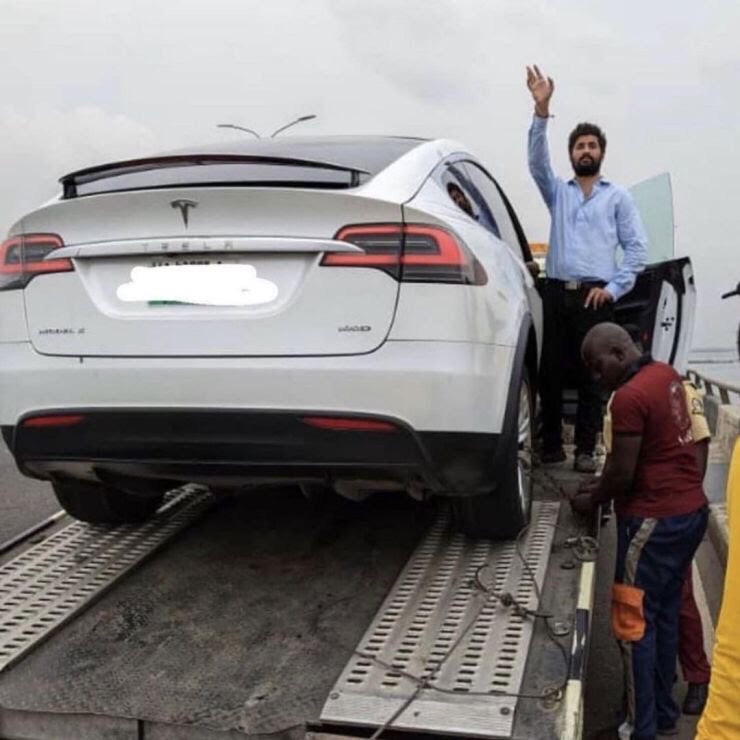 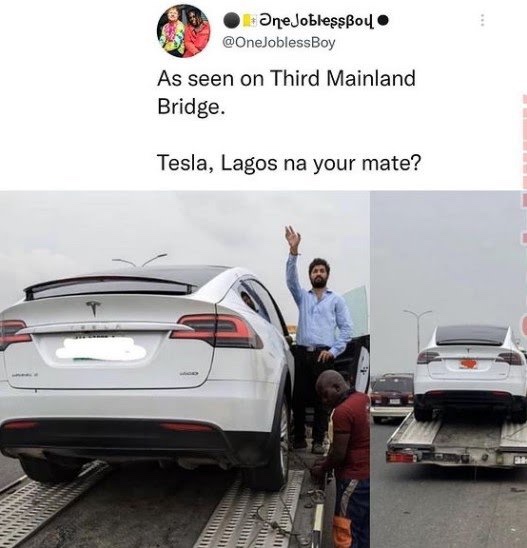