Netizens have dug out Big Brother Naija reality star, Kiddwaya’s billionaire father, Terry Waya’s past, hours after his son penned a piece of advice to the youths on working hard like his father.

Kiddwaya shared a piece of advice on his Twitter page to fuel the hustling spirit in Nigerians. He compared his father to theirs and urged them to hustle if their father could not do like his.

He tweeted: “If your father didn’t hustle the way mine did, I hope YOU do”.

Kiddwaya’s tweets were trailed by shading comments as many dragged him for being noisy and depending on his father’s wealth to survive, unlike Davido.

A new drama that emerged online regarding Kiddwaya’s tweet was an old report that alleged his father, Terry Waya, of being convicted of fraud in the United Kingdom.

The report, dated back to the 7th of August, 2007, claimed a British court sentenced Terry Waya for money laundering.

Following this, netizens mocked Kiddwaya for advising them to hustle like his dad, who was once accused of money laundering in the UK. 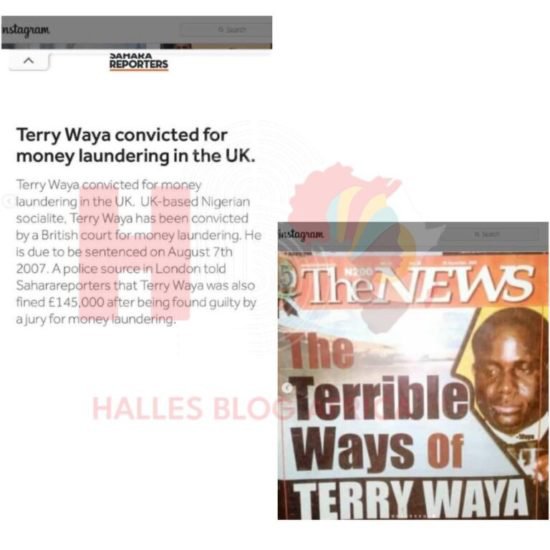 “Admitting you cheated as a woman is crazy” – Angel Smith
BBNaija: My marriage proposal to Bella genuine – Sheggz
To Top