Nigerian Singer, Douglas Jack Agu, popularly referred to as Runtown’s son has suffered an injury in one of his eyes.

According to the boy’s mum, Selena who made the post, her son was running when he slipped and fell and he was rushed to ER but was attended to after waiting for 4 hours.

The embattled mother who posted photos of her injured son also lamented over his inability to see with the injured eye.

‘My poor baby can’t see’, she cried out. 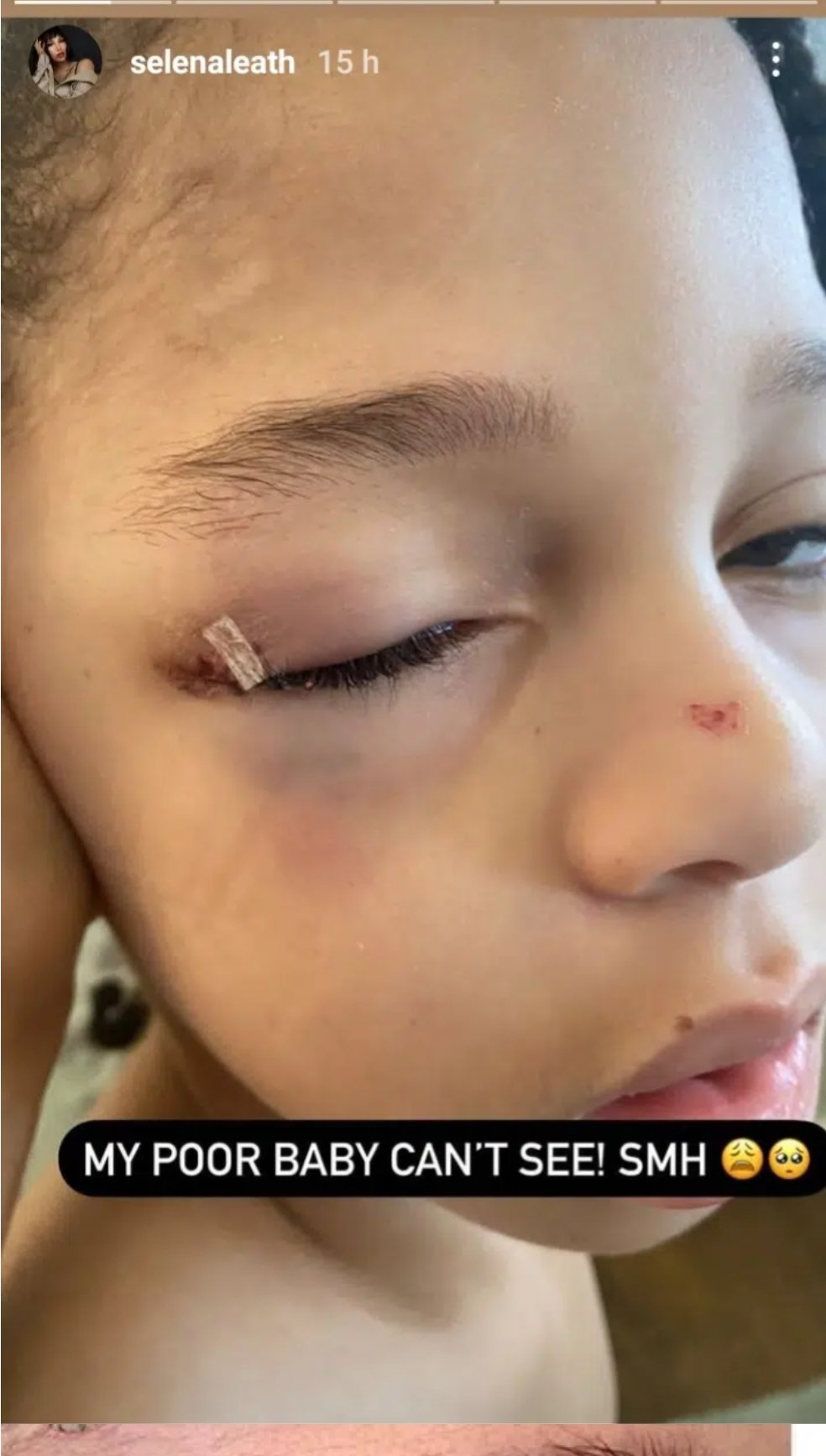 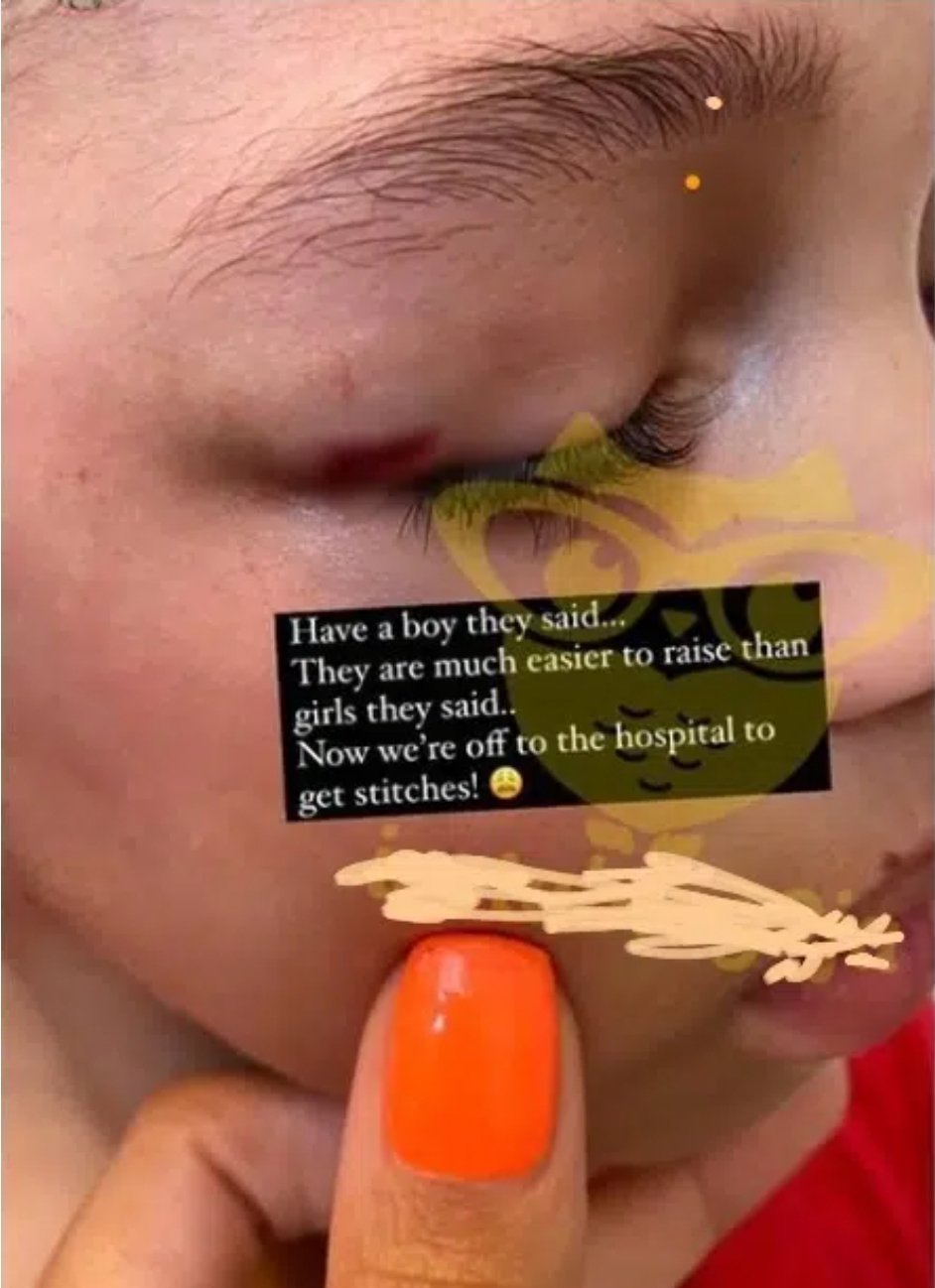 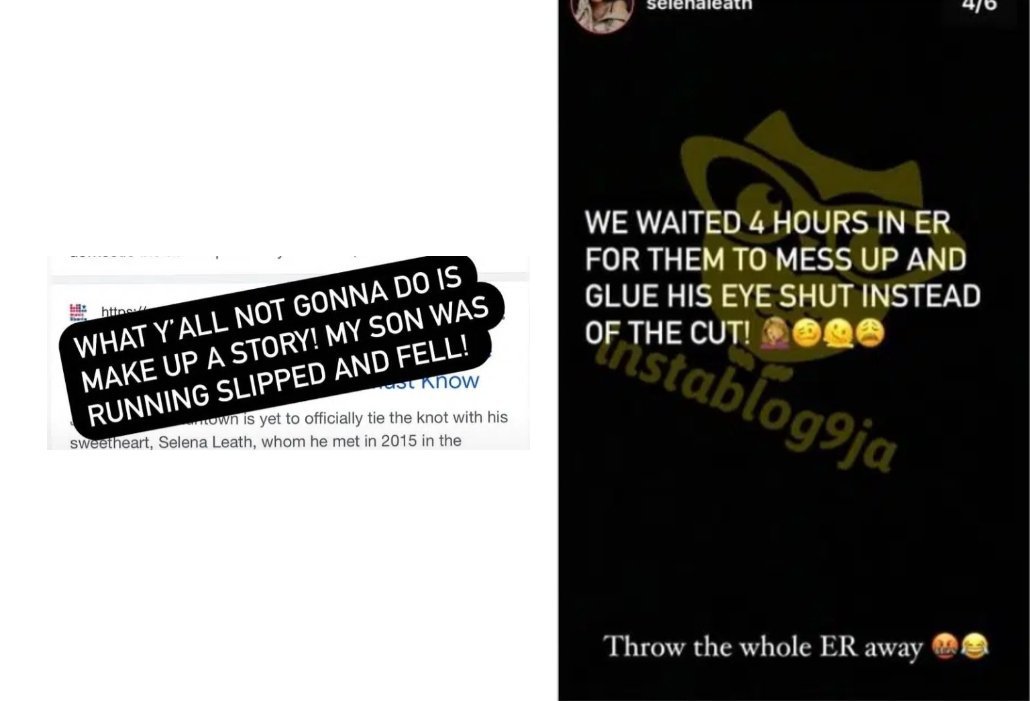