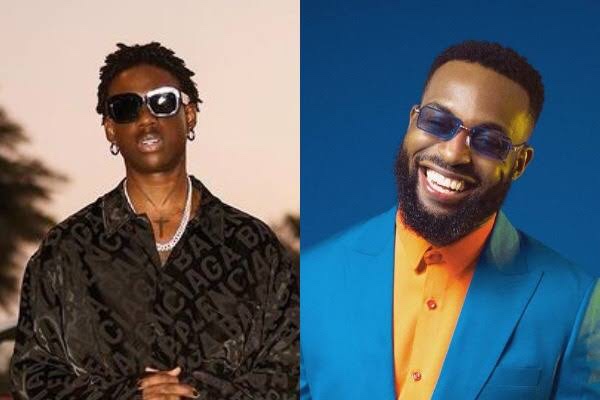 Singer Rema calls out DJ Neptune over his Intellectual Property

Singer Rema calls out DJ Neptune over his Intellectual Property

Mavin Records star, Rema has accused DJ Neptune of releasing an old song of theirs on his new album without consulting him first.

In a lengthy rant, Rema accused DJ Neptune of dropping an old song they did together without following due process or consulting him. He shared this via his Twitter page on Friday, the 26th of November 2021.

Registering his displeasure at the way DJ Neptune released the song without his permission, Rema went on a lengthy rant on Twitter. He wrote;

With all due respect chief! Dropped my old record without due process?!! I’m not happy at all. @deejayneptune

Don’t violate the codes, can’t drop my song without my notice, can’t even remember the last time we spoke big bro, I pleaded with my manager behind the scenes when y’all tagged me before it dropped, y’all still went ahead! c’mon nau!

Rema also requested that the song be take down with immediate effect.

BBNaija Star, Angel Laments About Getting Constant Criticism From People
Tonto Dikeh Cries Out Over Viral Videos of Snakes in Toilet Bowls
To Top