Afrobeats singer, Seun Kuti, has reacted after some IG users accused him of being insensitive for sharing a report about Nigerian children dying of hunger and not a post commiserating with Davido on the passing of his son, Ifeanyi.

As the world mourned the passing of Davido’s son on Tuesday, Seun shared a screenshot of a report that read ” Over one in 10 children in Nigeria die before their 5th birthday due to acute hunger-Report”.

See the screenshot below; 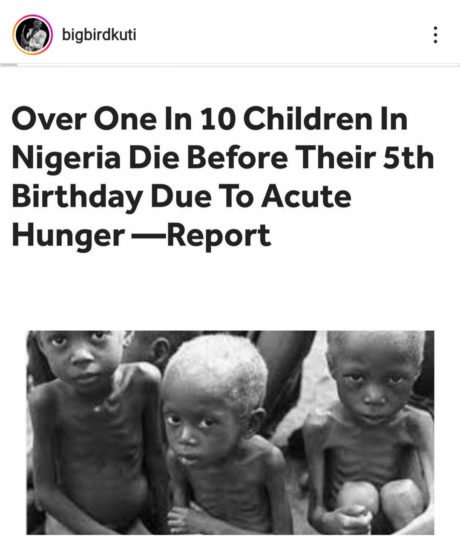 Some social media users felt it was insensitive of him since many people including celebrities like him were mourning Ifeanyi’s death. They took to his comment section to call him out. 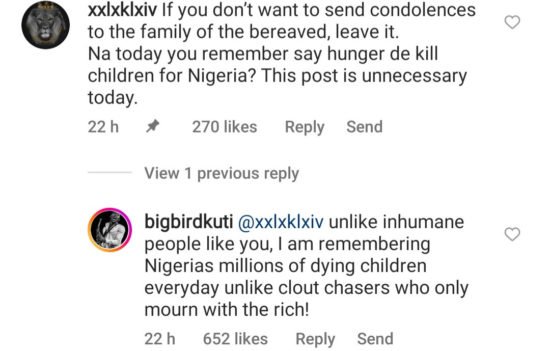 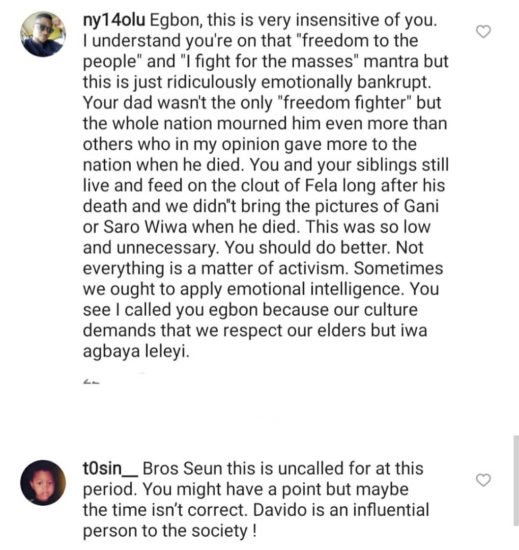 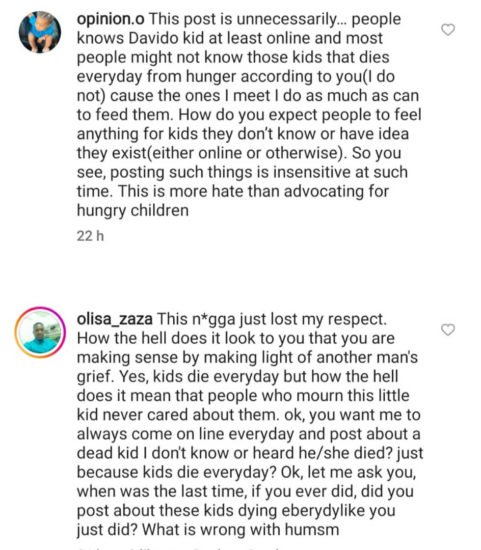 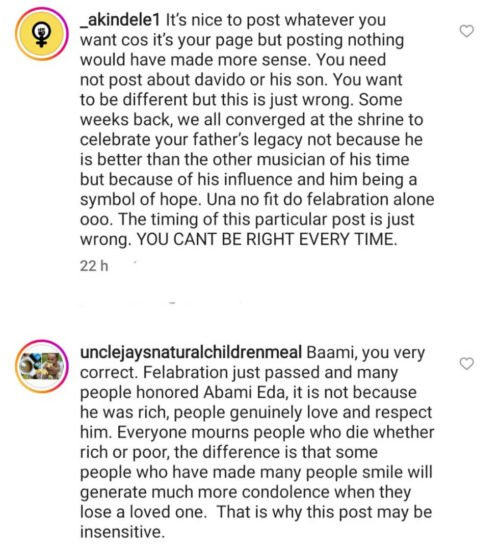 In a video shared online this afternoon, Seun pointed out that he didn’t have to make a post to mourn the boy. He said since he has never posted Davido’s success on his page, the demise of his son shouldn’t be the first thing he would post. He said he would rather pay Davido a visit to commiserate with him. He said he never asked anyone not to mourn Ifeanyi but people should stop telling others how to mourn. He stressed that he doesn’t mourn people in public, that is not his style.

Watch the video he shared explaining himself below;