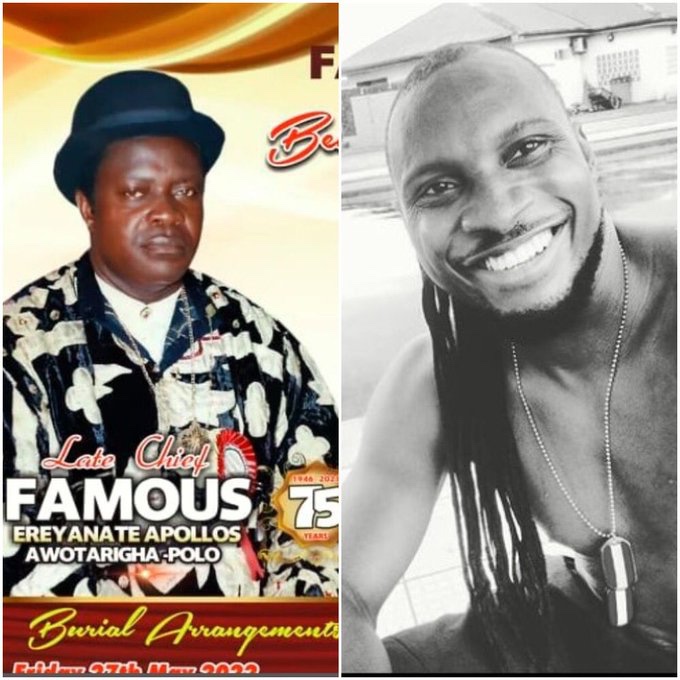 The 2018 Double Wahala housemate revealed that his late father was his only surviving parent.

He also added that the burial of his late dad will be held later in the month.

“With tears in my eyes and pain in my heart, I officially announce the death of my father Chief F. E Awotarigha – Polo (my last parent) who left us a while ago.

“Those of you who knew him can testify to his magnanimity, he will be always be missed.

“Been dealing with great loss for a while now but I am better. Burial is later this month, Rest well Chief!”