At a ceremony held at the Government House Villa in Aso Rock on October 11, President Muhammadu Buhari presented National Awards to a diverse range of Nigerians, including Ngozi Okonjo-Iweala, director-general of the World Trade Organization; Burna Boy; 2Baba; Teni; and many more.

ezra olubi, officer of the order of the niger ✨ pic.twitter.com/SD2PR4cMdd 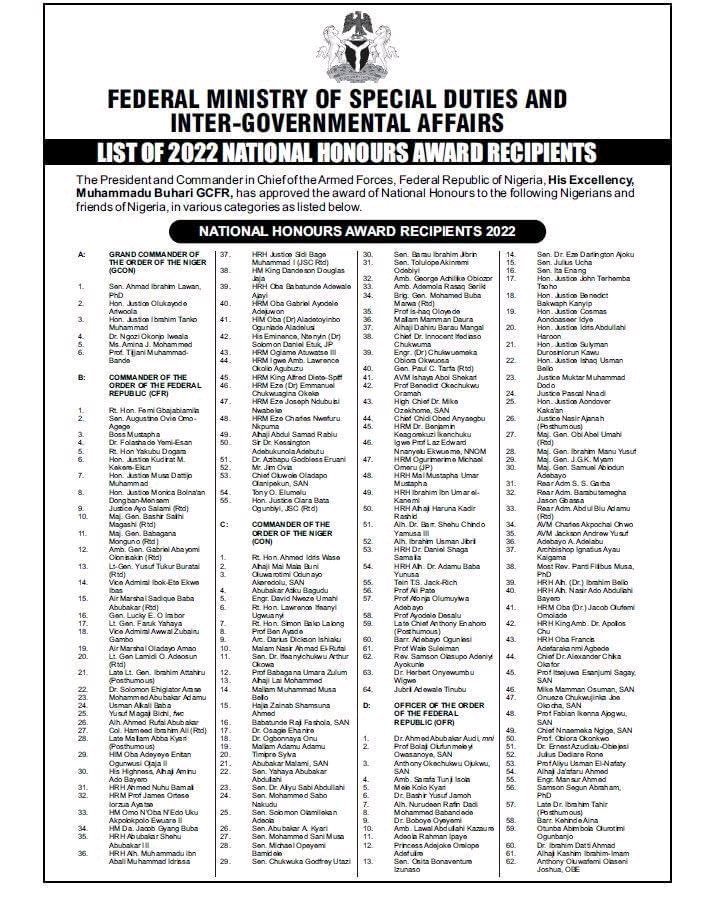 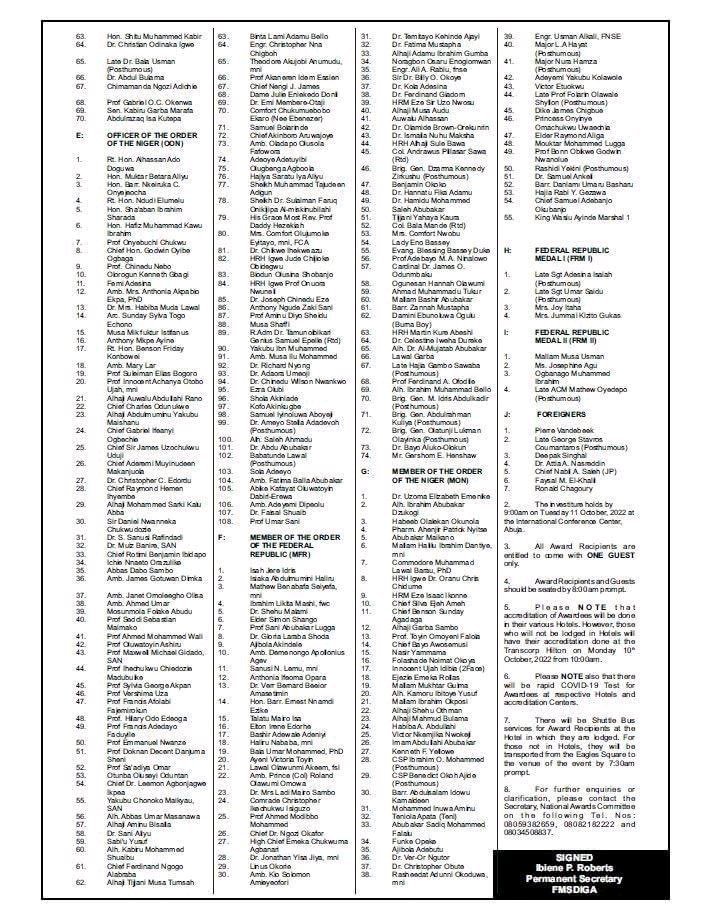