Over one hundred Boko Haram fighters with their families, who surrendered to the Nigerian troops, have offered their unreserved apologies to Nigerians for all the evil they’ve done.

The chief bomb expert of the terrorists group known as Musa Adamu a.k.a Mala Musa Abuja and his second in command Usman Adamu a.k.a Abu Darda along with their families and followers have finally surrendered to the troops of operation HADIN KAI in Bama Local Government Area of Borno State.”
Surrendering Boko Haram fighters in Borno (Nigerian army)
Nwachukwu adds that “the acting General Officer Commanding (GOC) 7 Division and Commander Sector 1 OPHK Brigadier General Abdulwahab Adelokun Eyitayo was at Headquarters 21 Special Armoured Brigade Bama on Saturday, 7 August, 2021 to receive the set of the surrendered Boko Haram terrorists and their families.
“During the visit, the GOC said their decision to drop their arms and come out is highly commendable, adding that they should also try and talk to their brothers and colleagues in the forest to come out and embrace the new life of peace and rehabilitation.

“General Eyitayo who spoke through an interpreter, further disclosed that they will undergo some rehabilitation process at a government facility before reintegration into the larger society.”
Some of the surrendered terrorists held placards with the inscriptions: ‘Nigerians please forgive us’; ‘Borno State remains the home of peace’; ‘Fight terrorism, embrace peace’ etc.no

Will you forgive them? 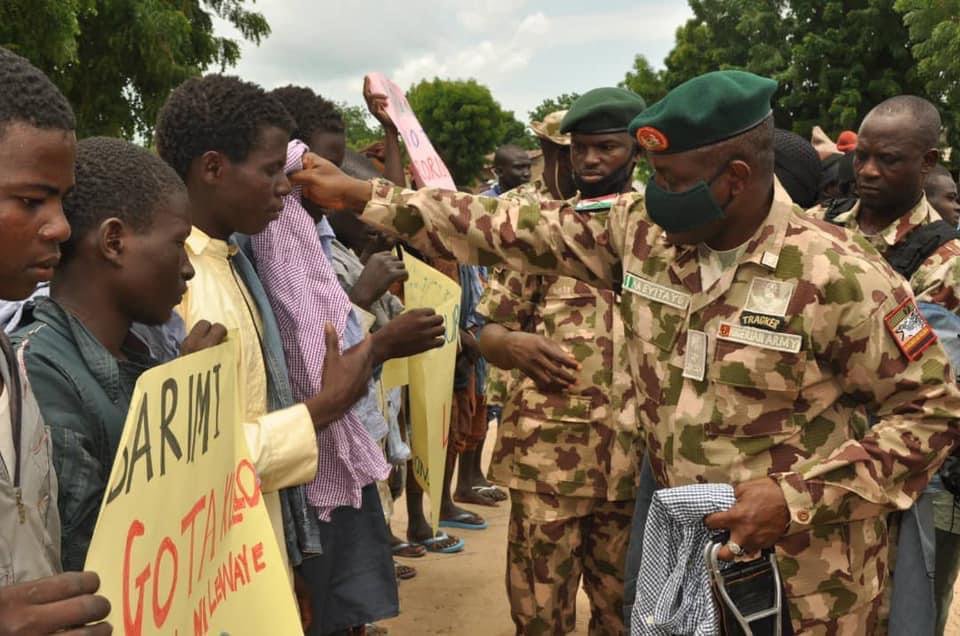 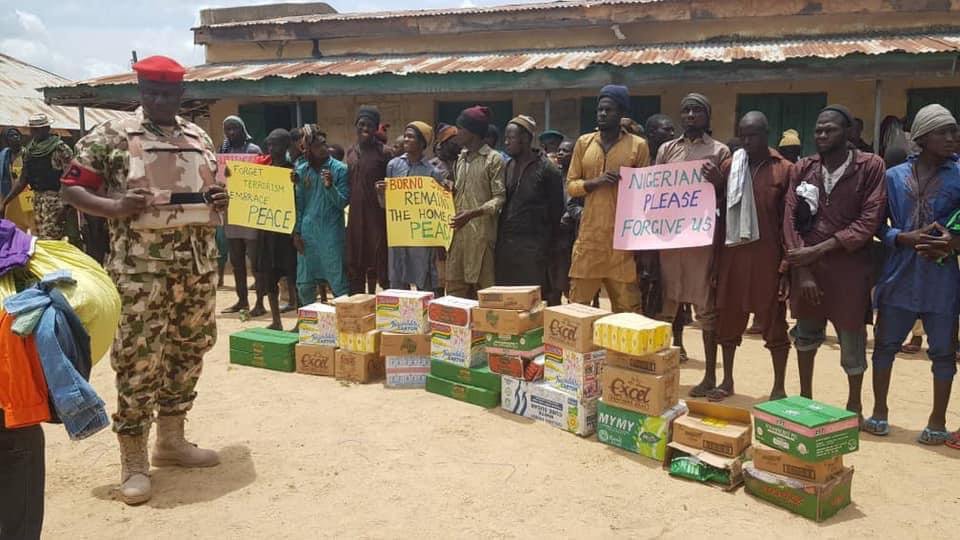 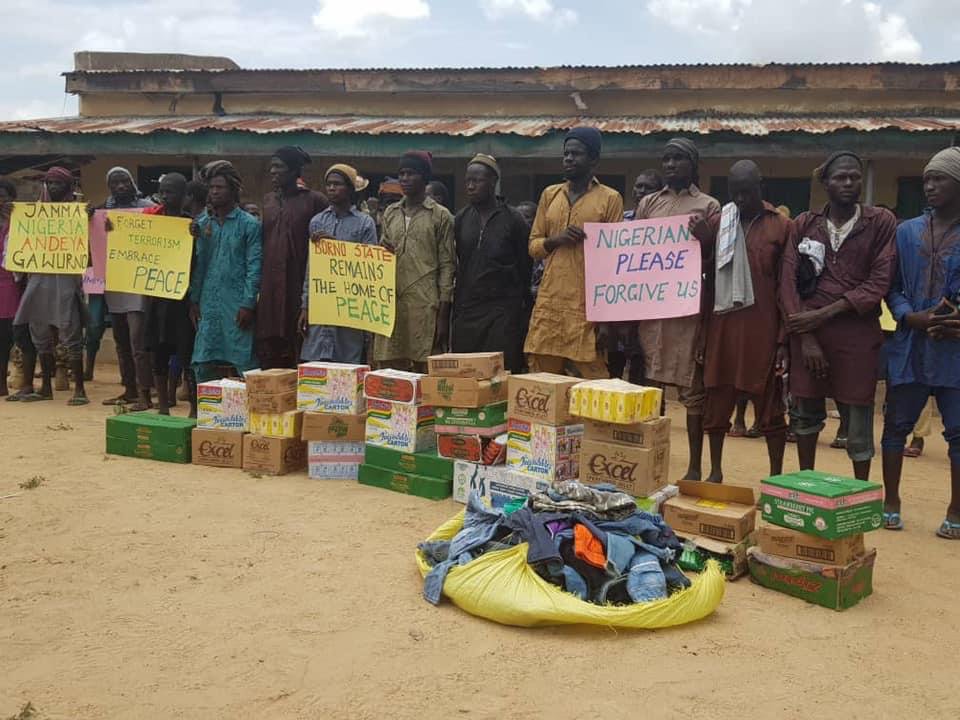