Nollywood actress, Ireti Doyle has no doubt come a long way in the movie industry.

The actress who has paid her dues deserves all the accolades coming her way.

The thespian took to her Instagram page hours ago to announce her new achievement which is joining the list of Doctorate degrees holder.

Expressing her joy, Ireti revealed that she never foresaw her new achievement.

According to her, she has envisaged many things for herself but she didn’t see this coming.

“I have envisaged many things for myself….and having put, and still putting in the work, I have a healthy expectation of receiving “accolades”. But at no point did I see THIS coming….. Mommy would have been mighty proud!? Dr Doyle had a nice ring to it!!@iscg_university__ I am highly honored….thank you!”. 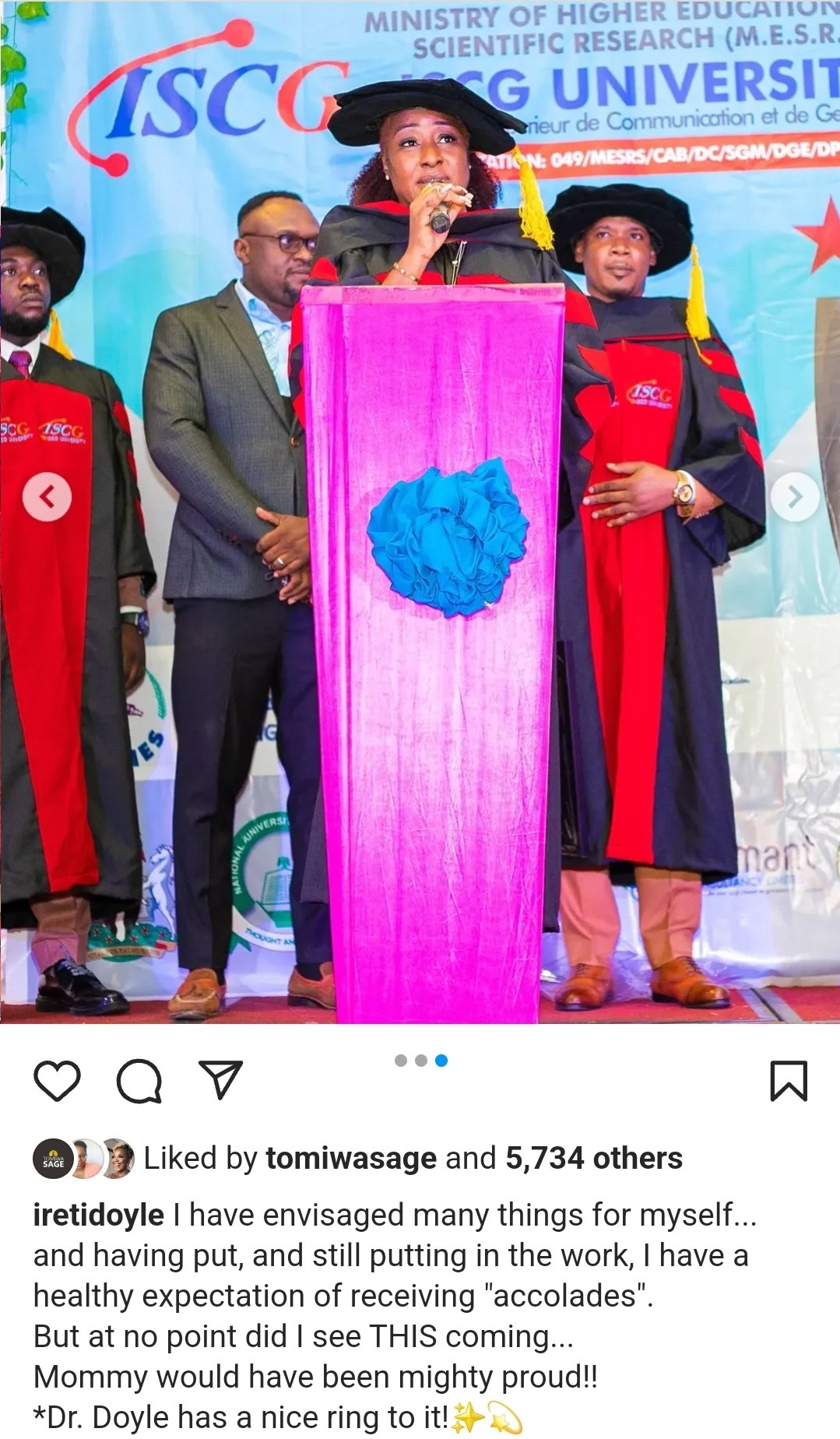 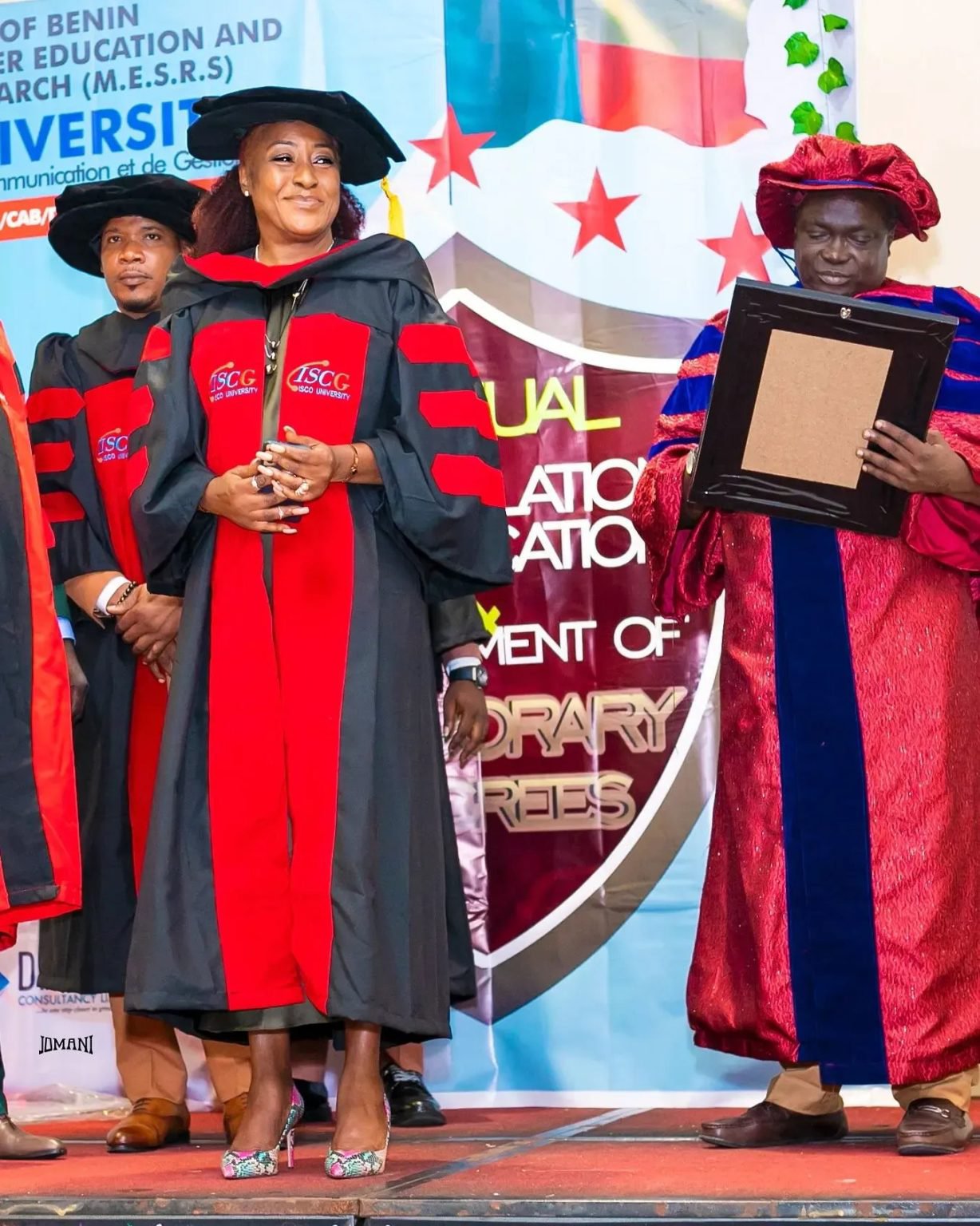 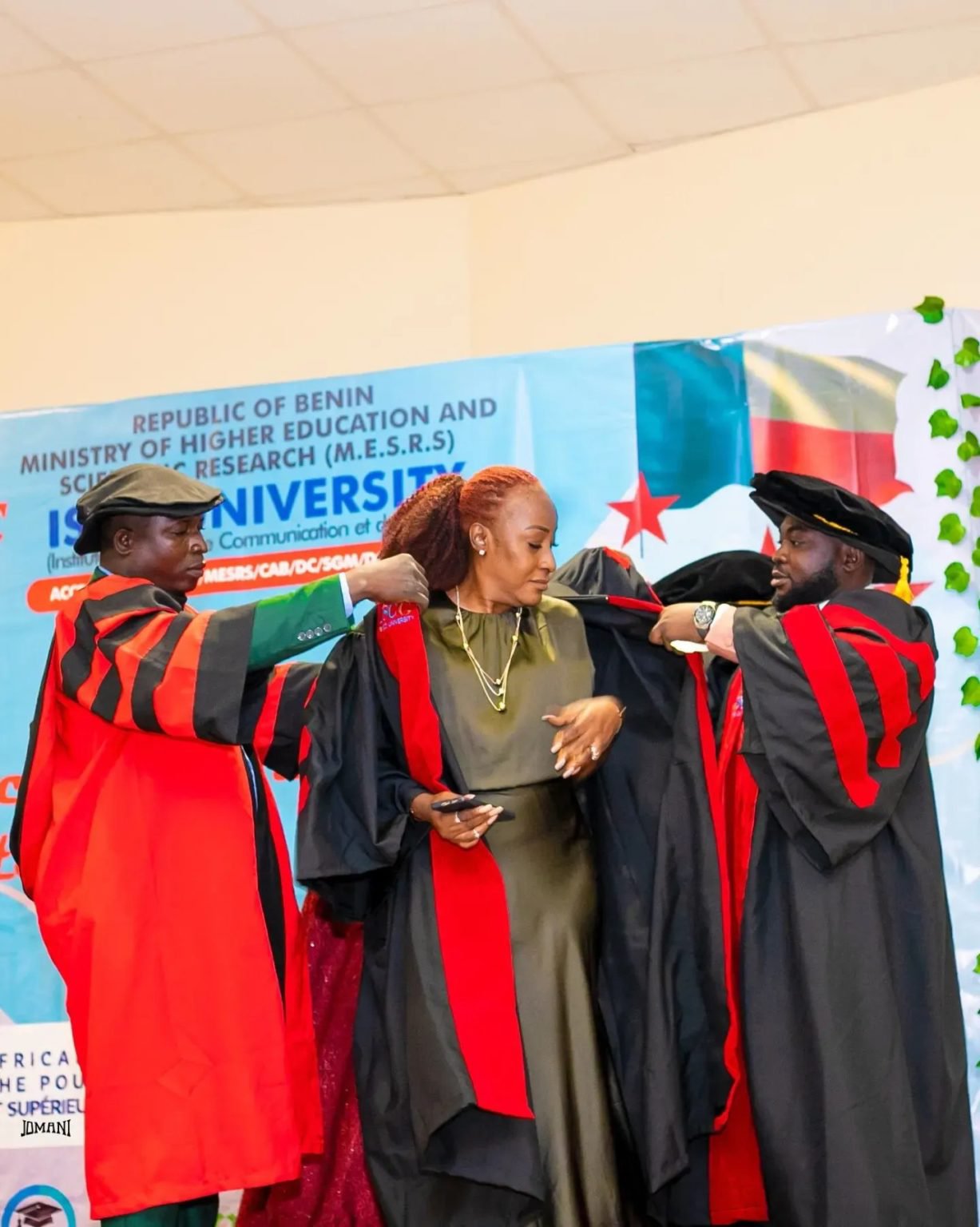 She also revealed that veteran actor, Bob-Manuel Udokwu also got his Honours as well 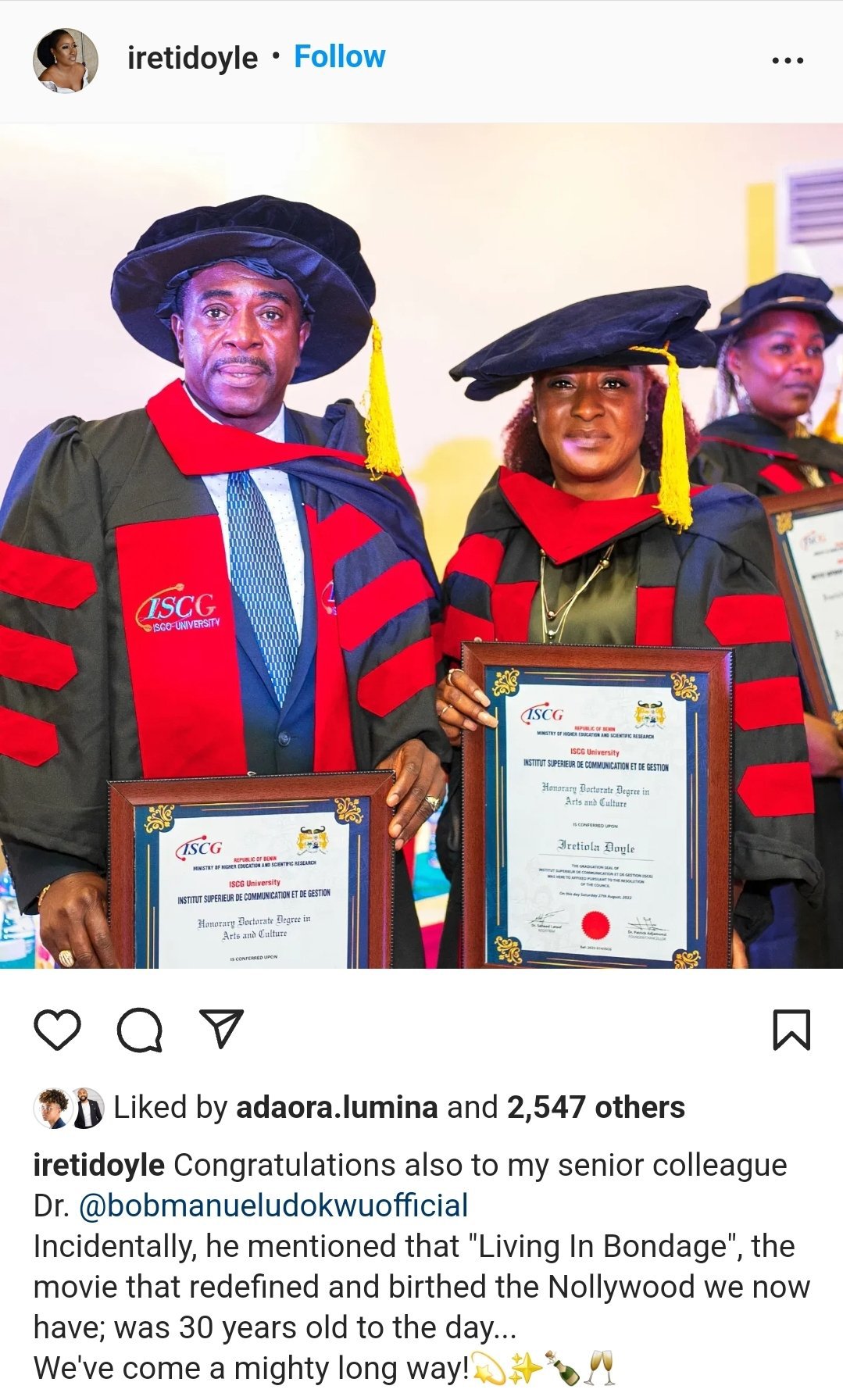