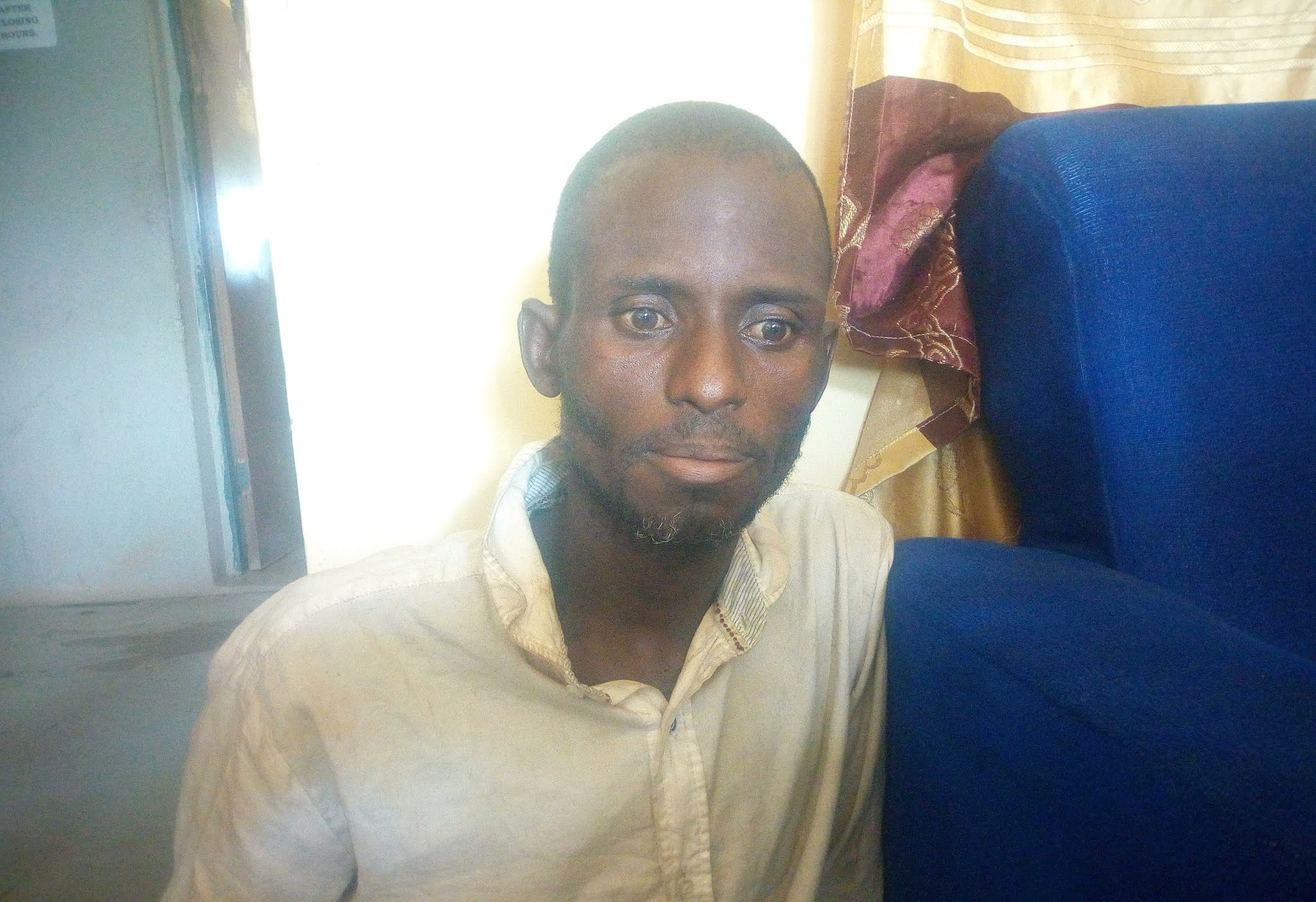 The 42-year-old father of 9 was arrested after his daughter’s corpse was discovered in the bush in Mayo Belwa Local Government Area of the state.

A man identified as Mohammed Sale has been arrested by the Adamawa State Police Command.

The man was nabbed for allegedly killing his 16-year-old daughter, Aisha.

The 42-year-old father of 9 was arrested after his daughter’s corpse was discovered in the bush in Mayo Belwa Local Government Area of the state.

According to report, it all began when the suspect was informed by his first wife, Zulei Mohammed, that the deceased was not his biological daughter as she was pregnant for another man when they got married.

It was gathered that since then Mohammed lost his fatherly love and affection for Aisha and subsequently divorced her mother, leaving behind the deceased with his second wife.

On Saturday, October, 9, 2021, Mohammed, from Sabon Pegi in Mayo Belwa connived with his friend (now at large) took the victim into the bush on pretence they were going to buy fish for the family.

Mohammed and his friend mercilessly descended on the girl with sticks and beat her to death. Afterwards, they stripped her naked and abandoned her dead body in the bush.

While on their way back home, Mohammed was advised by his friend to report to the police that his daughter was missing.

He went and lodged a complaint at Mayo Belwa divisional headquarters that Aisha was missing.

Police alongside family members searched nooks and crannies of the community but all efoort to find Aisha proved abortive.

It was gathered that at some point, the police began to suspect that Mohammed could be responsible for the missing girl. He was interrogated there and then but failed to convince the police.

He was later brought to the Criminal Investigation Department (CID) of the State Police headquarters for further investigation where he confessed to the crime.

In the course of investigation, the operatives of the Department were able to identify the scene of the crime where they recovered the corpse.

Spokesperson of the command, DSP Suleiman Yahaya Nguroje, who confirmed the incident said that the suspect is being investigated.

DSP Nguroje assured that the accused person will be charged to court for prosecution on completion of the investigation.