Nigerians who stormed the United Kingdom for the burial of late England’s monarch, Queen Elizabeth II, have been honoured by the Palace.

Photos that trended online captured Nigerians in colourful slaying ‘Aso Ebi’ with the photo of the late Queen inscribed. It was their unique way of paying tribute to England’s longest raining monarch.

A new update that emerged online regarding the news revealed that the UK Palace had requested the outfit to be displayed at London Museum.

This report was shared online by famous news publisher, Dele Momodu, who disclosed that the ‘Aso Ebi’ outfit started as a joke but was taken seriously by one of the group members.

Dele Momodu also disclosed how the outfit was delivered from Lagos to London a day before the memorable event and how an international media outlet publicized the uniqueness of the outfits.

He wrote on Instagram: “It started as a joke, and one of us took it seriously. The outfits were turned around in four days and delivered from Lagos to London the day before the event.
It went viral, was on sky news, and the Palace have now requested for it to be displayed at London Museum…” 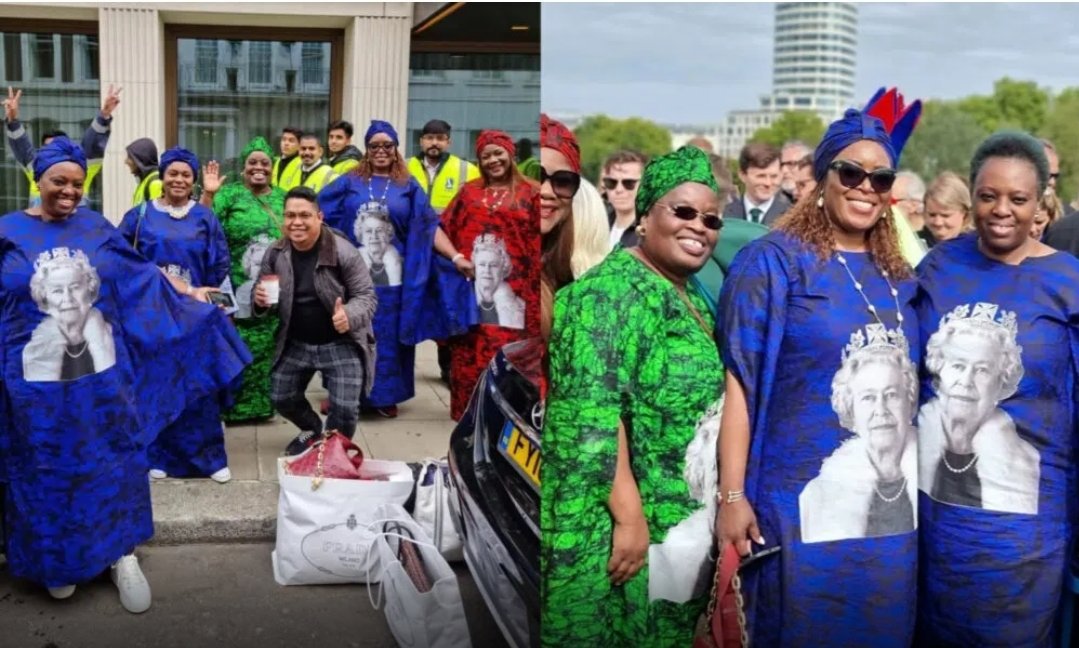