There is currently an uproar on Nigerian social media after an old video of the vice presidential candidate of the Labour Party, Senator Datti Baba-Ahmed, saying that gay people should be killed resurfaced on Friday night.

Senator Datti Baba-Ahmed was speaking during a debate in the Senate over the Same-Sex Marriage Prohibition Bill in 2011. He said:

Actually, such elements in society should be killed.

Here is the video; 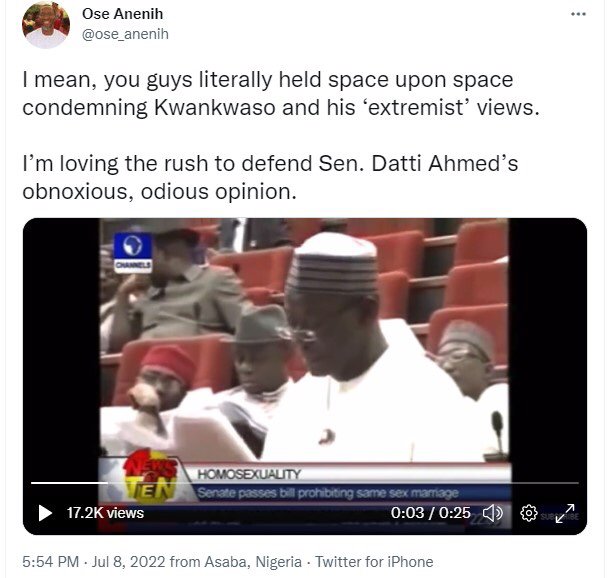 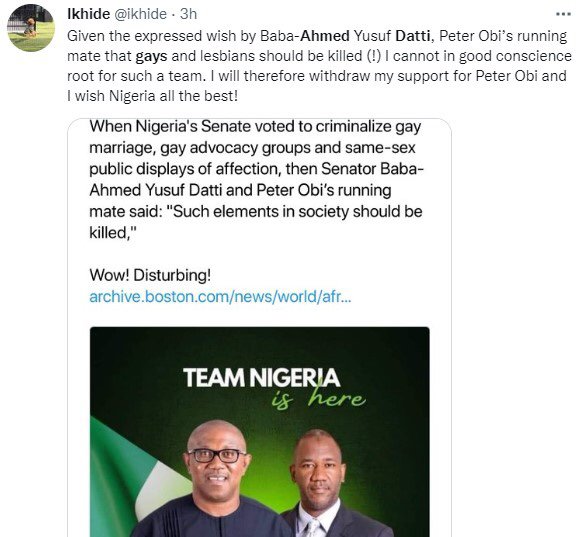 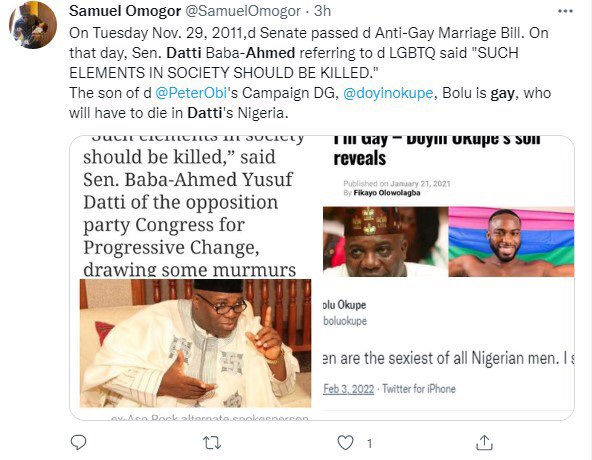 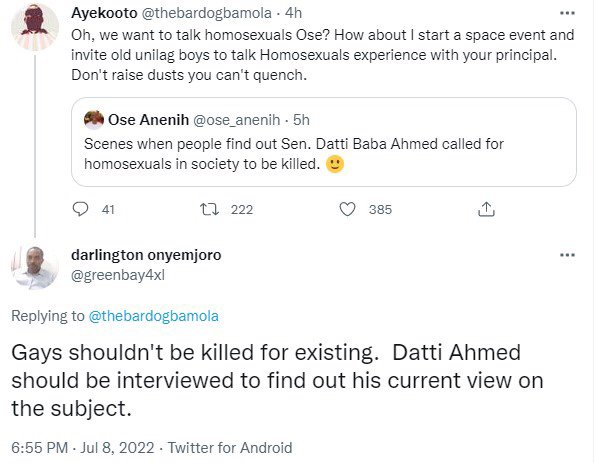 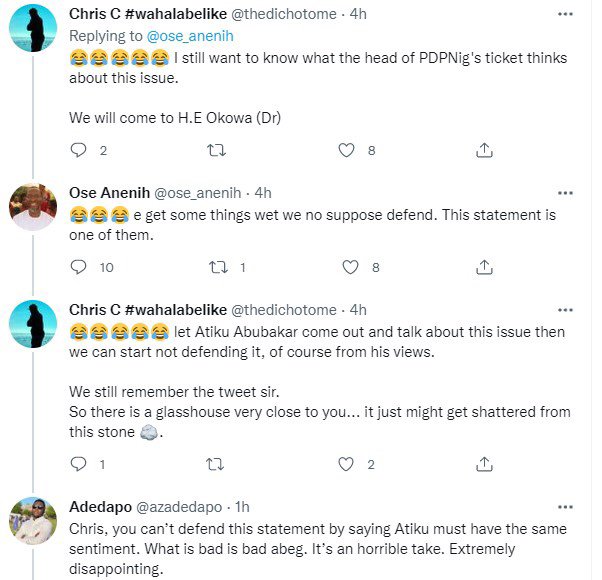 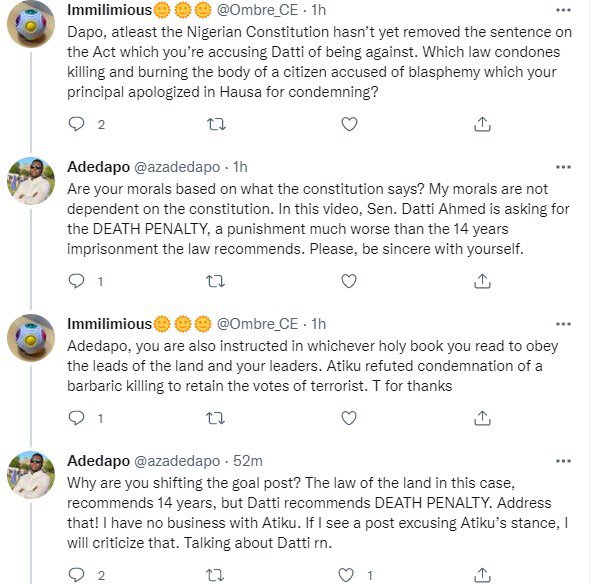 My life is at risk. Hold Peter Obi responsible- Reno Omokri cries out as #banRenoOmokri trends on Twitter
Why I chose Shettima as running mate — Tinubu
To Top