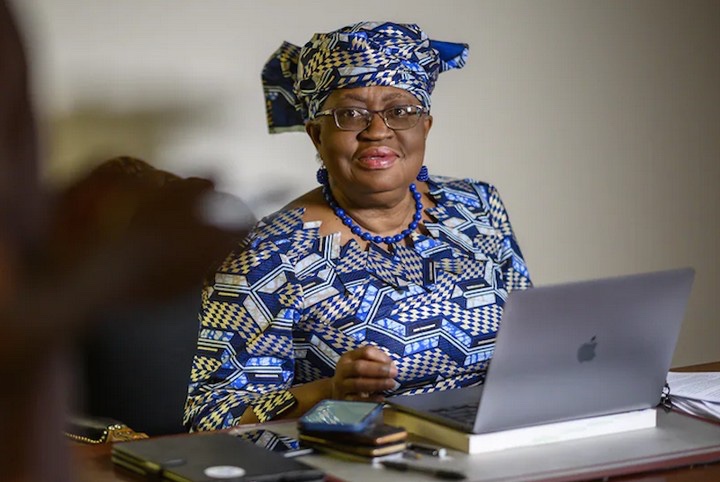 The Obi of the Ogwashi-Uku Kingdom in Aniocha South Local Government Area of Delta State, His Royal Majesty Ifechukwude Aninshi Okonjo II, has escaped what appeared to be like a plot to assassinate him.

However, the attack on the convoy of the traditional ruler, who is a younger brother of the Director-General of World Trade Centre (WTO), Dr. Ngozi Okonjo-Iweala, left at least one person dead while two vehicles were burnt.

Moreover, several vehicles were reportedly destroyed during the incident, which occurred on Friday, but THISDAY learnt that the monarch and his palace chiefs miraculously escaped unhurt.

There were conflicting reports as to who masterminded the bloody attack on the convoy of the royal father of the Ogwashi-Uku Kingdom, with one source blaming the attack on “some irate youths at the (neighbouring) Otulu satellite town,” while another account claimed that some secret cult members carried it out.

The Ogwashi-Uku traditional ruler was said to have led a high-calibre team, comprising members of his Obi-in-Council and some community leaders to the satellite town to perform certain traditional rites, including prayers, intended to usher peace and tranquillity into the whole community.

Eyewitness accounts said that some youths of the Otulu community had made a bonfire on the road leading to the town appears to barricade the monarch’s convoy and block his exit from the town after performing the said rites.

All entreaties by the Obi’s younger brother, Prince Onyema Okonjo, and security agents to let the Obi have his right of way were allegedly rejected by the irate youths.

THISDAY learnt that youths of Otulu had recently embarked on a protest march, demanding that relevant authorities in the state should grant the Otulu satellite community autonomous status.

One of the protesting youths was said to have been hit by a bullet in the ensuing confusion as the security personnel attempted to disarm the youths and remove the bonfire barricade.

The irate youths launched an attack on the vehicles in the monarch’s convoy with two of them burnt and several others destroyed.

The state Police Public Relations Officer, Bright Edafe, a Deputy Superintendent of Police (DSP), while confirming the report yesterday, said that the Ogwashi-Uku king had gone to Otulu, a satellite town of Ogwasi-Uku, to perform some traditional rites and, in the process, a certain fence fell, prompting to the youths to go on a rampage.

Consequently, two vehicles were burnt while the youth who was hit by a stray bullet eventually died.

Meanwhile, the traditional ruler has affirmed that Otulu remains part and parcel of the Ogwashi-Uku kingdom, stressing that the agitation by a few to carve out the area from Ogwashi-Uku as an autonomous community was unwarranted and unacceptable.

A statement issued yesterday from the palace of the monarch also confirmed the incident, blaming the attack on cultists.

The spokesman of the monarch, Prince Greg Okwumbu, said in the statement that, “Obi and members of the Council of Ogwashi-Uku visited Otulu Ogwashi-Uku Friday, September 17, 2021.

“The visit was largely successful and the Obi met members of the community, prayed with them, and discussed with them about some issues.

“At the end of the visit and when the Obi was departing, cultists and thugs imported into Otulu who were aware of the visit attacked members of the entourage who were at the rear of the convoy.

“Also, law enforcement agents from the office of the Area Commander and the Brigade Command in Asaba were also there at the visit and witnessed everything that happened,” he noted, adding that, “The people who sponsored the thugs are known to us and will be brought to justice.”