The plane came down in a mid-afternoon local time in a mountain region near the city of Piedade de Caratinga, in the interior of Minas Gerais, earlier today.

The plane came down in a mid-afternoon local time in a mountain region near the city of Piedade de Caratinga, in the interior of Minas Gerais, earlier today.

Firefighters reported that the plane’s fuel tanks had ruptured on impact, but they say there was no danger of an explosion.

The 26-year-old singer was one of five reported dead in the crash. The plane was hired from a company called PEC Táxi Aéreo.

The causes of the accident are still unknown. Air crash investigators from the Brazilian Air Force, are already investigating the causes. The plane had taken off from Goiânia, and Mendonça was preparing to perform in Caratinga.

Mendonca’s press office said in a statement that her producer, Henrique Ribeiro, aide Abicieli Silveira Dias Filho as well both the pilot and co-pilot of the plane were also killed in the crash. 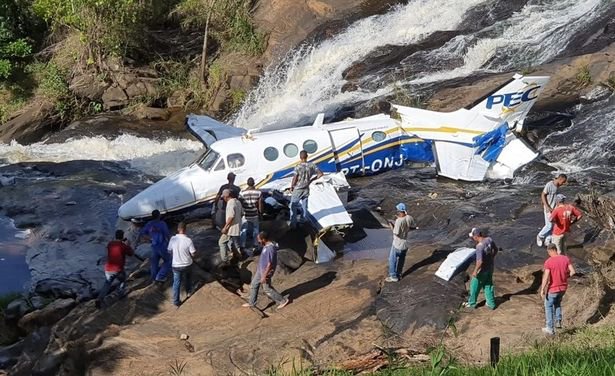 He added: “The plane took off from Goiânia with destination to Caratinga/MG, where Marília would have a performance tonight. At the moment, this is the information we have.”

Mendonça was a major star in her native Brazil. Her 2019 album Todos os Cantos, earned triple platinum status. She gave birth to her first child, a son named Leo, in the same year.

“Marilia Mendonca leaves behind a legacy for Brazilian regional music and culture. She will certainly not be forgotten,” Brazil’s government said via its culture department.

Her breakout song Infiel was a monster hit. It was one of Brazil’s most played songs in 2015 and received a triple diamond disc certificate. The lead single from her album Ciumera has racked up some 185 million plays on Spotify.

During lockdown, Mendonça organised a series of concerts streamed via YouTube – the live streams were viewed by record-breaking three million fans.

Fans have posted hundreds of tributes to social media.

Confusion swirled in the wake of the crash, with early reports saying that Mendonça had survived the impact, but she is now understood to have died at the scene.