Rapper Erigga is back with another controversial statement on social media and this time it’s about sex.

The Hip-hop star took to his Twitter page to opine that no woman can go 3 months without sex.

He shared that women enjoy sex and it will be impossible for any woman who has been sexually active to stay 3 months without sex.

He further stated that any woman who has a contrary opinion can argue with their wig brush but he’s stating facts. 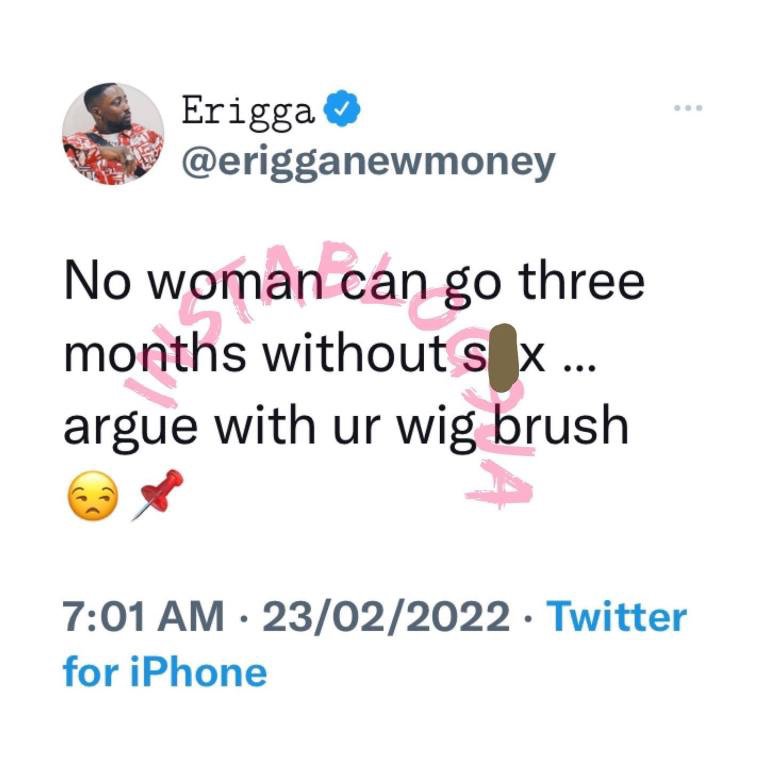 Women With Stretch Marks On Their Buttocks Turn Me On – Yung6ix
Adorable Photos Of Rosy Meurer & Churchill’s Son, King’s First Day At School
To Top