Nollywood actress, Nkechi Blessing Sunday, has taken to social media to urge her colleagues in the Yoruba film industry who rush to post RIP when their colleagues die to do better.

Her post comes hours after many of her colleagues took to social media to ”mourn” Iyabo Oko who was initially reported dead but later came back to life.

Although not mentioning any name, Nkechi wondered if any help was rendered to her by the actors who rushed online to ”mourn” her.

See what she wrote below; 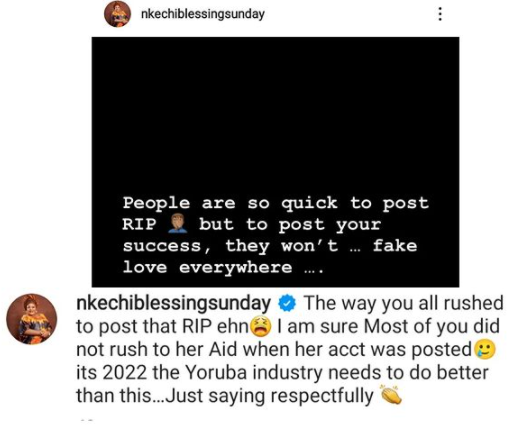