Popular Nollywood actor and filmmaker, Samuel Jemitalo has advised men on the kind of women they should marry.

Following news of JJC Skillz and Funke Akindele’s separation, Nigerian celebrities have offered their various opinion on the sad matter.

While reacting to the separation, Samuel Jemitalo advised men not to go for women who have already accomplished so much as they would never respect the man.

He has advised men to go for humble and born again women as those are rarely full of themselves. 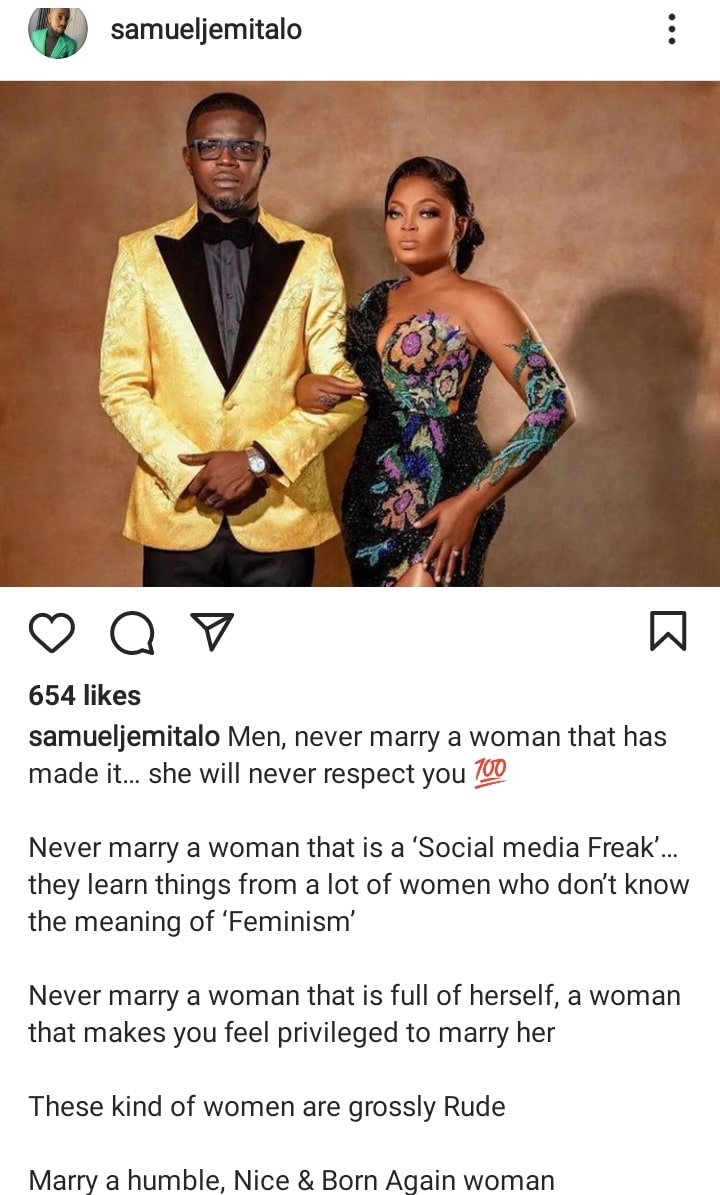