Reno Omokri has said the presidential candidate of the Labour party, Peter Obi, should be held responsible if anything happens to him, his wife, children, or siblings.

He raised the alarm on his IG page while reacting to the petition supporters of the presidential candidate filed against him. Mr. Obi’s supporters have accused him of posting tweets that can lead to an ethnic and religious crisis between Hausas and Igbos and have called for his Twitter handle to be banned.

Reacting to the call for his ban, Reno wrote;

”Watch what they are doing to me. That is exactly what they will do to anyone critical of Peter Obi if he becomes President. There will be no free speech. Only mob justice. They threatened my life. Then they threatened my one year old daughter. Why? Because I criticised their god and messiah.

What exactly did I say? I said Peter Obi was wrong to describe himself as a pilot and other Presidential candidates as “mere drivers” and “substitute players”. That is why they are threatening my life. If I was in Nigeria, they would have sent unknown gunmen after me.

Now, imagine if Rabiu Kwankwaso had described himself as a pilot and other Presidential aspirants, and Peter Obi in particularly, as ‘mere drivers’. What will they do? I reported their threat to my life to Peter Obi directly. He did nothing.

The threats are becoming too much. My life is at risk. If anything happens to me, my wife, my children, or my siblings, the world should hold Peter Obi responsible. He has raised a horde of intolerant and violent Obidients who just want to replace Buhari’s tyranny with theirs!” 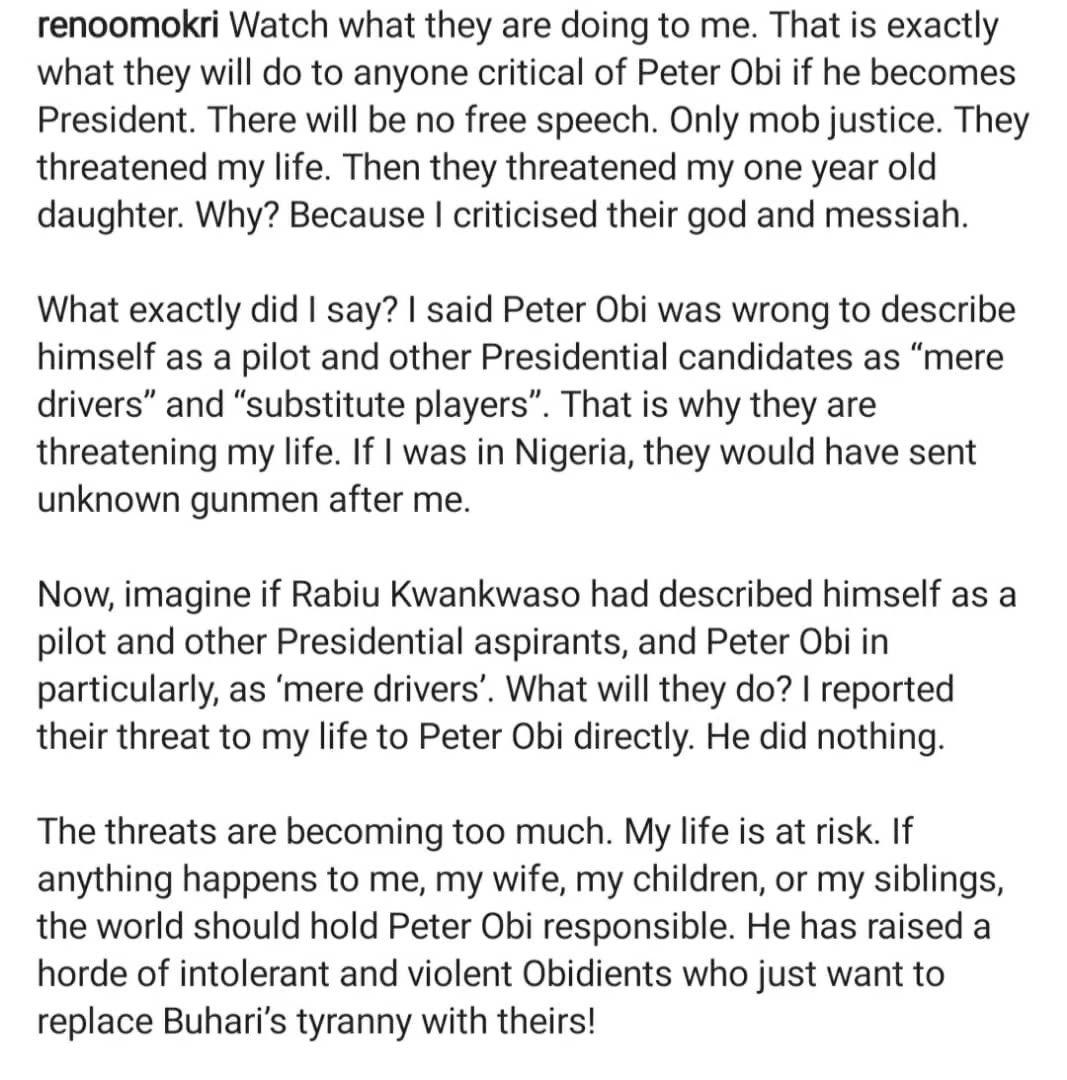