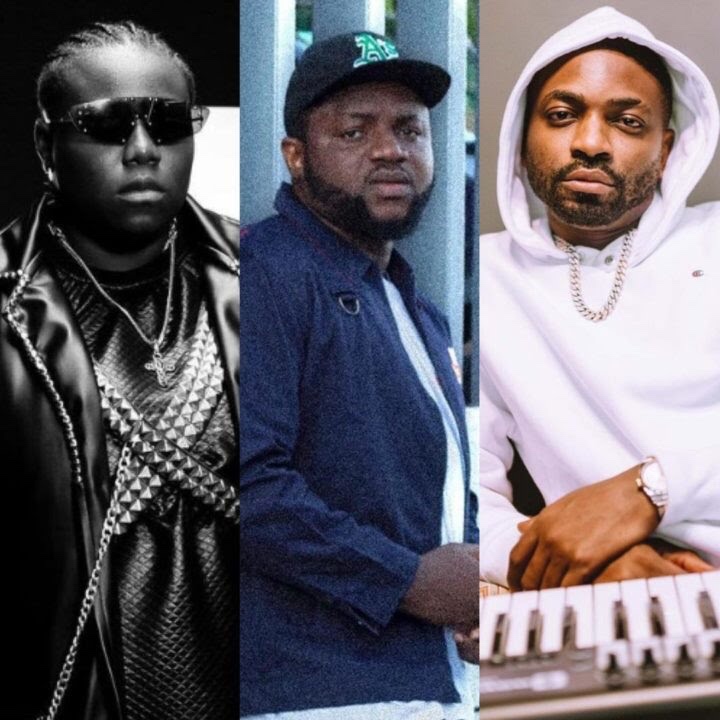 Nigerian producer, JaySynths who produced Teni’s smash hit song, Case in 2018 has shared his own version of the issue between the singer and Shizzi.

JaySynths explained in a new post via his Twitter that Case was recorded as a freestyle before Teni requested to have Shizzi on as the producer. He shared this via Twitter on Saturday, the 18th of December 2021.

Teni released Case in 2018 and that became a really big song in the country at the time and became the singer’s grand entry into the music industry. The song was released under her label, Dr Dolor Entertainment.

The clash started when Teni made a tweet about people who “use” others and Shizzi replied her saying she was talking about herself as she double-crossed him on her song, Case. Teni had written, “Users have no pity, they’ll use you and feel no remorse, don’t let that crown shift. Walk away.”

According to JaySynths, he and Teni had recorded Case as a freestyle before she traveled to Atlanta to get Shizzi to produce it. In his words;

Teni and I had a freestyle of this song (CASE) before she went back to Atlanta. She had said she wanted Shizzi to produce the song for her (reason for the video) but obviously things did’nt go the way she planned. She got back to Naija and I produced the song from the scratch. 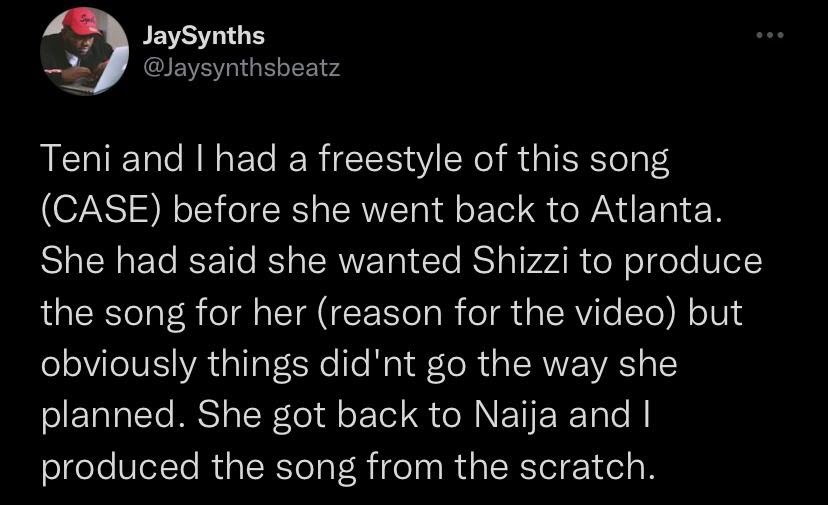 For those of you who doesn't know what stem is. In this video we have beat stems and vocal stems. And for the record, I produced the Song "Case" from the Scratch. Didn't hear any other sample or beats from anyone. This is for clarification! pic.twitter.com/wRfbrhwsNt