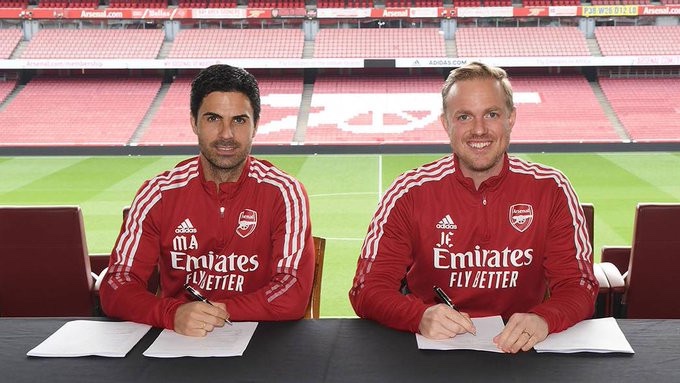 Mikel Arteta has signed a new deal to be manager of Arsenal for the next three years.

The three-year contract will keep him in the club till 2025.

The former Arsenal midfielder has his team on the verge of Champions League qualification for the first time in five years. With four games left, the north London club are in fourth place

Arteta, 40, was hired in December 2019 to replace Unai Emery, and his contract was due to expire at the end of this season.

“We want to take the club to the next level and to compete really with the top teams,” the Spaniard said in a statement on Friday, May 5.

“In order to do that, we have to be playing in the Champions League.

“We have to be able to evolve the team, improve our players, improve all departments, generate even more connection with our fans, improve the atmosphere at the Emirates (Stadium), be able to recruit top, top talent and the best people for this club to drive this project to that level.”

“Mikel’s commitment and passion are clear for everyone to see,” said Josh Kroenke, speaking on behalf of the Kroenke family who own Arsenal football club.

“We are confident that as we move forward, he will get us back to competing for the top trophies in the game.”