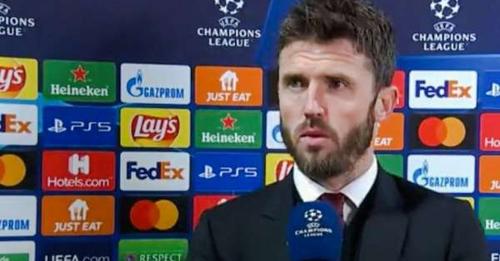 The United’s manager, Speaking to the BT sports, has disclosed his happiness for the win today.

“It feels like that game was for Ole,” Carrick said at full-time, with the game played just days after Ole Gunnar Solskjaer had been dismissed as manager.

Manchester United were able to secure a straight three point after winning against the Italian side this evening.

The players did massively well in the second half, with the of Cristiano Ronaldo and Jadon Sancho scoring the winner goals.

Jadon Sancho went further gift Man United his first goal for the club, since joining the club during the recent transfer window.

“To finish it off with Jadon was brilliant, it was a big night for him.” Michael Carrick reacts to Sancho’s performance.

Jadon Sancho is said to be the Man Of The Match in today’s competition.