This is coming shortly after it was rumoured that she is being bankrolled by Nigerian politician, Dino Melaye.

In a bid to prove her innocence in the alleged relationship, Nons Miraj shared the conversation she had with media personality, Nedu otherwise known as Nedu Wazobia.

In a now-deleted post on her Instagram, Nons Miraj urged Nedu to mention the names of the celebrities he met at Transcorp Hilton Hotel, Abuja because a blogger wants to tarnish her image.

She further noted that she wants to get married in 2023 and doesn’t want anything to deter her plans.

He added that he didn’t mention the names of the celebrities for obvious reasons. 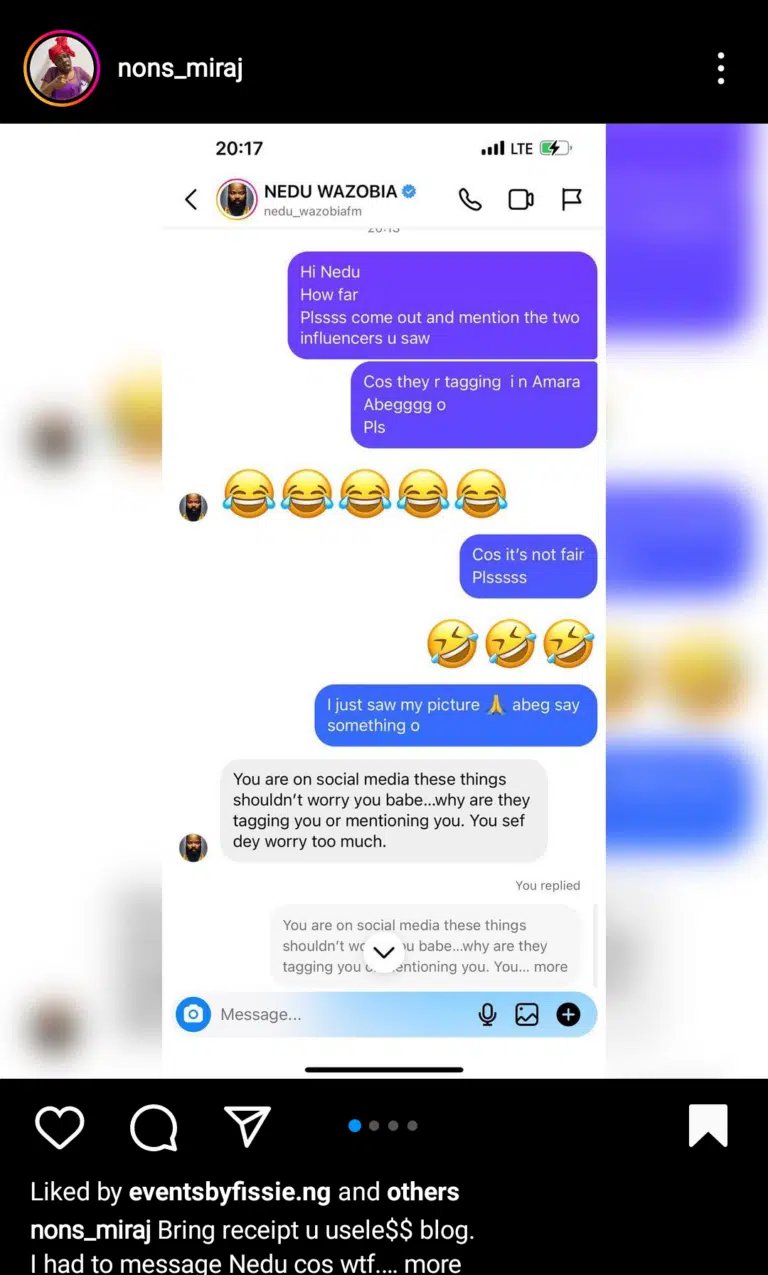 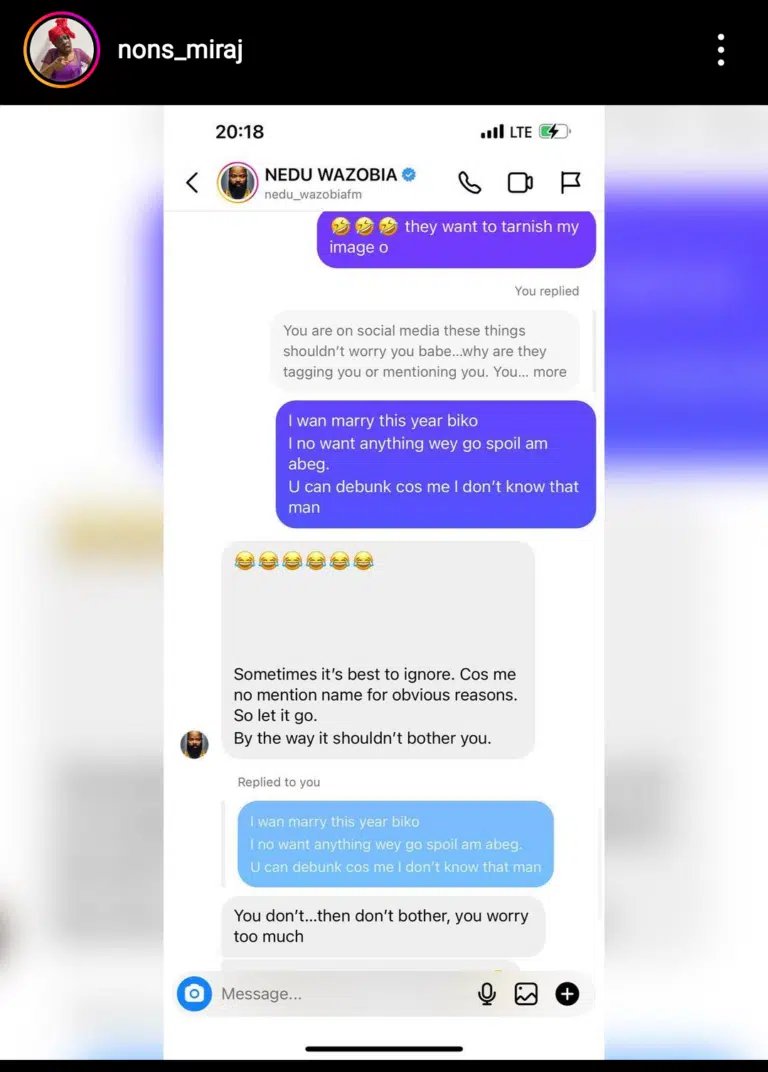 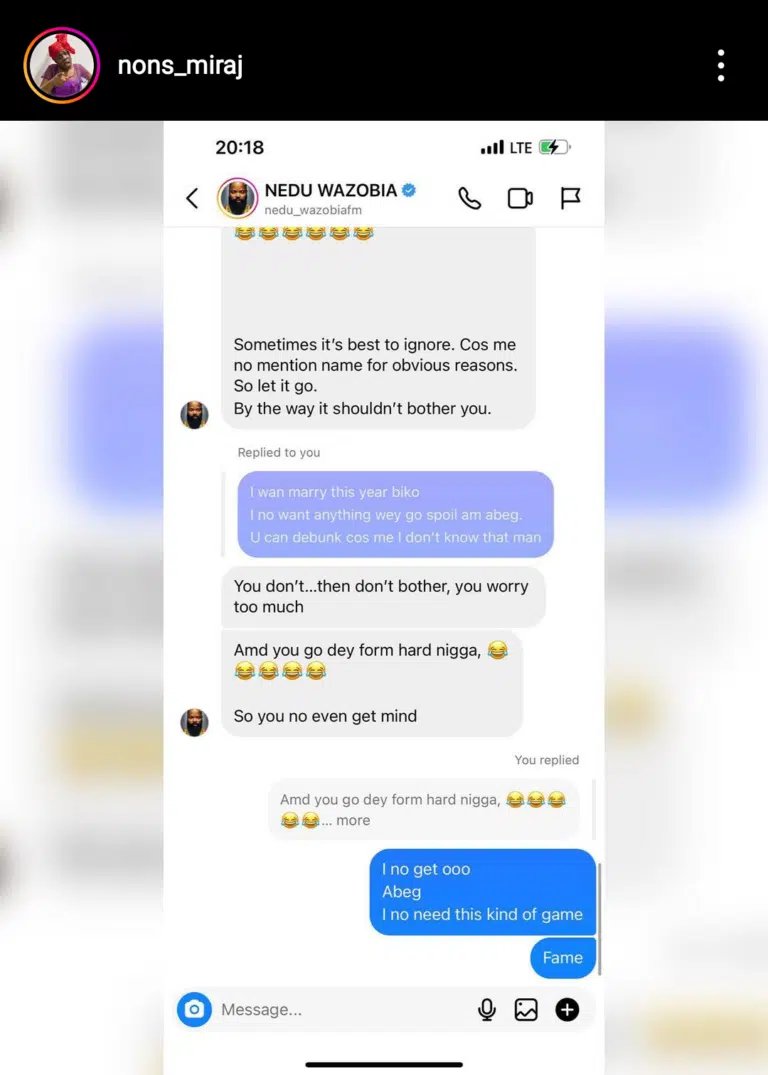