Simi, the 13-year-old daughter of Nollywood actress, Laide Bakare, has gifted her brother, Dammy, a Mercedes Benz for his 9th birthday.

The thespian who recently acquired three cars within one month, took to her Instagram page to make this claim on Wednesday, June 1. 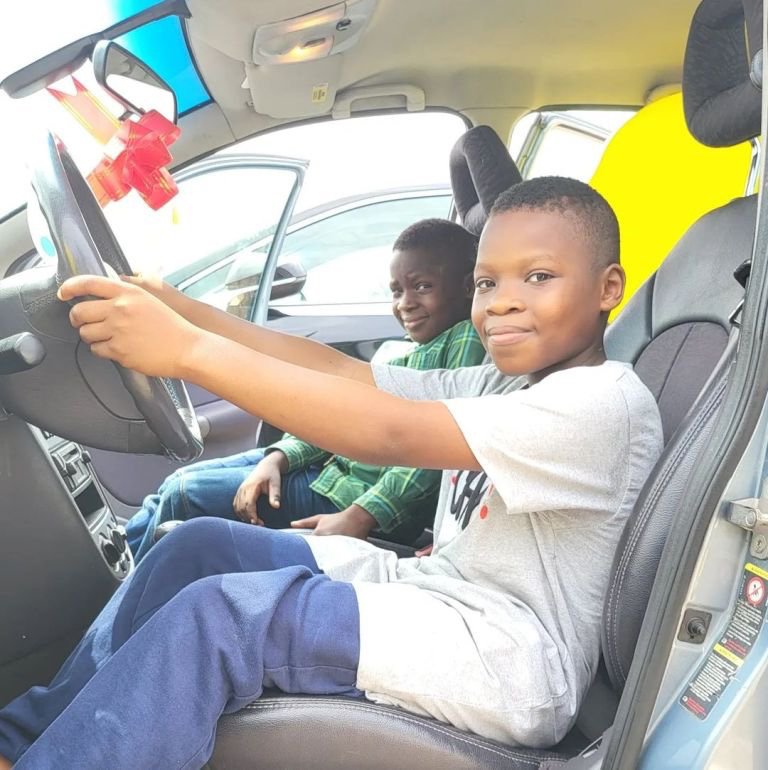 According to her, her teenage daughter sent her a voice note and told her to buy a car for her brother from her allowance.

She played the said voice note and Simi insisted that the money be taken from her personal money, not the actress’.

The 41-year-old actress shared photos and videos of the car on social media and she was evidently overjoyed by the almost unbelievable occurrence.

“from A 13 year old simi To her 9yr Brother DAMY, I’m Blessed indeed Aliamdulilai for everything LOVE lives in my house, i dont hunt for it anymore. Allah Be praised Always #youngestbillionaire #laidesotheaterdowo #multiplelandandy #nofakezone everything organic”

Watch the videos below;