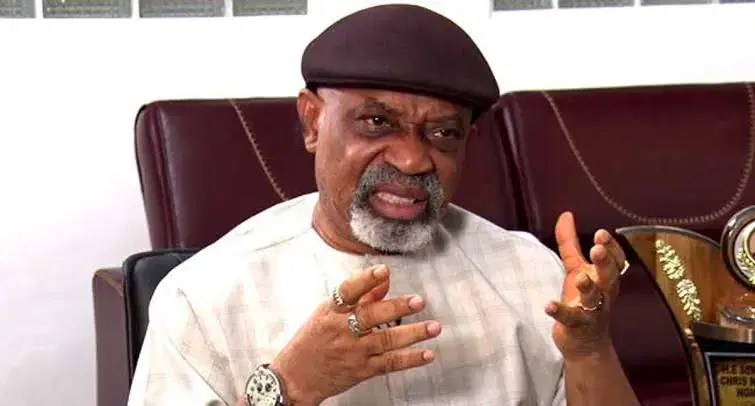 The Ministry of Labour and Employment has clarified its position in the case of the illegal recruitment raised by the Chairman of the Independent Corrupt Practices Commission (ICPC) Prof. Bolaji Owasanoye at the 3rd National Summit on Diminishing Corruption in the Public Service held earlier today at the Presidential Villa, Abuja.

A statement by the Deputy Director Press and Public Relations in the Ministry, Charles Akpan, Tuesday said the case is an old but ongoing investigation which the ICPC

ought to have completed since the Honourable Minister of Labour and Employment, Senator Chris Ngige reported the matter, upon re-appointment as Minister in August 2019.
He said, “Yes, there was illegal recruitment perpetrated between May 29, 2019, and August 2019 when the President dissolved his first term cabinet and Senator Ngige temporarily out of office.

“However, upon re-appointment and resumption of duties as the Hon Minister of Labour and Employment in August 2021, Sen. Ngige discovered the illegality and promptly raised it at the Federal Executive Council, necessitating a preliminary investigation by the office of the Head of Service of the Federation.

“ The Minister subsequently empaneled an Internal Investigative Committee in the Ministry to unearth how 752 senior and 532 junior staff members were recruited in the Ministry without Ministerial and Head of Civil Service of the Federation approval, as stipulated in the extant circular on recruitment.

“Unfortunately, the activities of the Committee were stalled by the then Permanent Secretary who claimed that the ICPC has stepped into the matter.

“The onus, therefore, lies squarely on the ICPC to break the syndicate which the Minister appropriately reported first at the Federal Executive Council and subsequently taken over by the ICPC since two and half years ago.

“This is the right step instead of rehashing an old development and singling out for bad publicity, a Ministry whose Minister decided to blow the whistle on fraud as the Deputy Chairman of the Presidential Committee on Salaries saddled with the responsibility of bringing down undue personnel cost, especially via illegal recruitment.

“ The Ministry wishes to further note that every recruitment, especially of senior civil servants, passes through the Federal Civil Service Commission, in fact, solely authorized by it. The ICPC should therefore expand its investigation into the Federal Civil Service Commission to break the syndicate, a commendable step in this direction, no doubt.”