The Flyboy Inc frontline act and owner, whose song ‘Buga’ has become a global smash, recently followed up the momentum with another banger titled ‘Odo (Cough)’, which is already a chart-topping song.

After announcing that he would be performing at 2022 World Cup in Qatar, the father of two, on Sunday October 16th, 2022, took to social media to make it known that his fifth studio album would be titled “Alcohol and Cigarettes.”

Alcohol and Cigarettes (THE ALBUM) 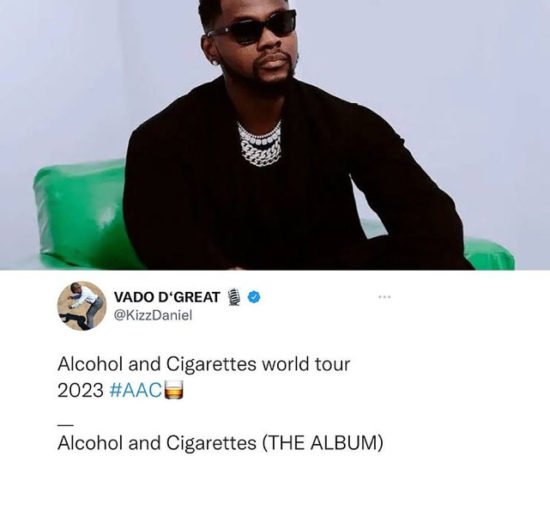