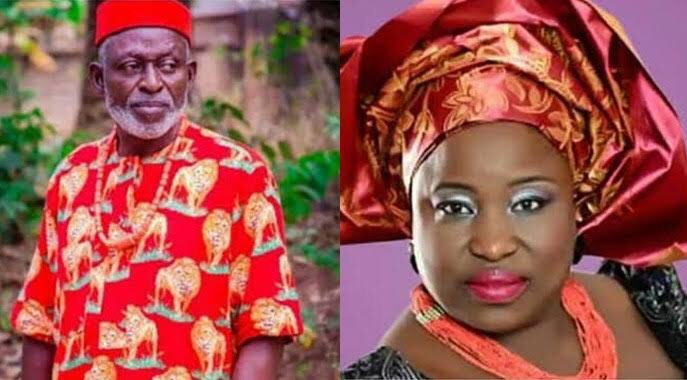 President of the Actors Guild of Nigeria, Emeka Rollas, has released update on the alleged kidnap of it’s two members, Cynthia Okereke and Clemson Cornel.

According to Rollas, abductors of the veteran actors have requested for a ransom of $100,000.

Recall that in a statement signed by the Director of Communications of the AGN, Monalisa Chinda-Coker, it was stated that the two actors were suspected to have been kidnapped.

However, in an interview with Saturday Beats, Rollas said, “We have not confirmed the kidnap as it were. The only thing we know is that all the money in Cynthia Okereke’s account was cleared this morning (Friday).

“We are expecting to get a kind of signal from the people holding them hostage to know whether it is a kidnap or not.”

The statement initially issued by Chinda-Coker read, “The two members were suspected of having been kidnapped, which has increased fear amongst members about the safety of actors filming in the country.

“Because of this sad development, the National President of the Guild, Ejezie Emeka Rollas, has instructed all actors to avoid going to the outskirts of cities to film except full security cover is provided to ensure their safety.”

Recall that Cynthia Okereke and Clemson Cornell were allegedly kidnapped after they left a movie location in Enugu State.

According to Monalisa Chinda, veteran actors Cynthia Okereke and Clemson, aka Agbogidi, were reportedly missing after their family members confirmed they didn’t come back from a film location at Ozalla Town, Enugu State.

She further revealed in her statement that the National President of Actors Guild, Emeka Rollas has asked members to avoid going to outskirts of cities to film except full security is provided to ensure safety.

Rollas also appealed to all members to pray for the safe return of their missing colleagues.