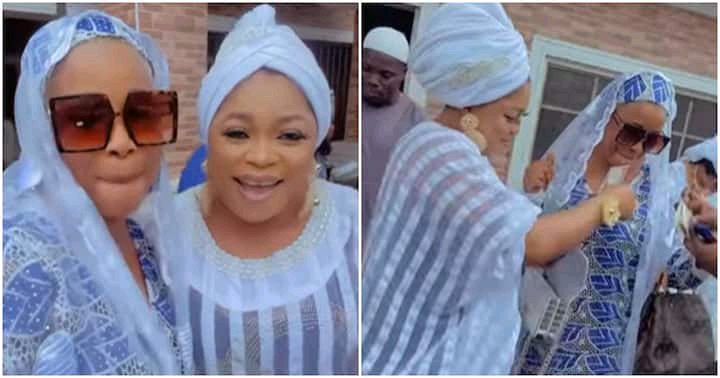 Actress Kemi Korede recently shared a throwback video of her colleague who is currently battling lupus, Kemi Afolabi on Instagram to mark her birthday.

In the video, the actresses who were modestly covered like Muslim women danced to a song playing in the background.

Shortly after, Kemi Korede started dancing and Afolabi reached into her purse several times and rained cash on her colleague.

Korede wrote a shot caption as she prayed for the ailing Afolabi.

reported that Kemi Afolabi’s colleagues had taken to social media to solicit for funds on her behalf for her lupus treatment.

“Happy birthday to my beautiful name sake oluwakemi, May your name speak for Insha Allah, many more blessings years Ahead sweetie,you will never lack of any good things in your life Insha, you shall live long & celebrate more more good years in good health and happiness Insha Allah❤️❤️❤️❤️❤️❤️❤️❤️❤️ @kemiafolabiadesipe.”