James Brown has apologized for releasing videos of him being treated to gifts and a romantic date by a male admirer.

The crossdresser had gone on Instagram to show off flowers and gifts he claims were sent by a male admirer (read here).

He also showed himself being treated to a romantic date by the admirer whom he was later pictured with.

His videos generated outrage and people called for him to be apprehended since homosexuality is still outlawed in Nigeria.

He said the “whole thing is a publicity stunt just for entertainment purposes”.

Read his statement below; 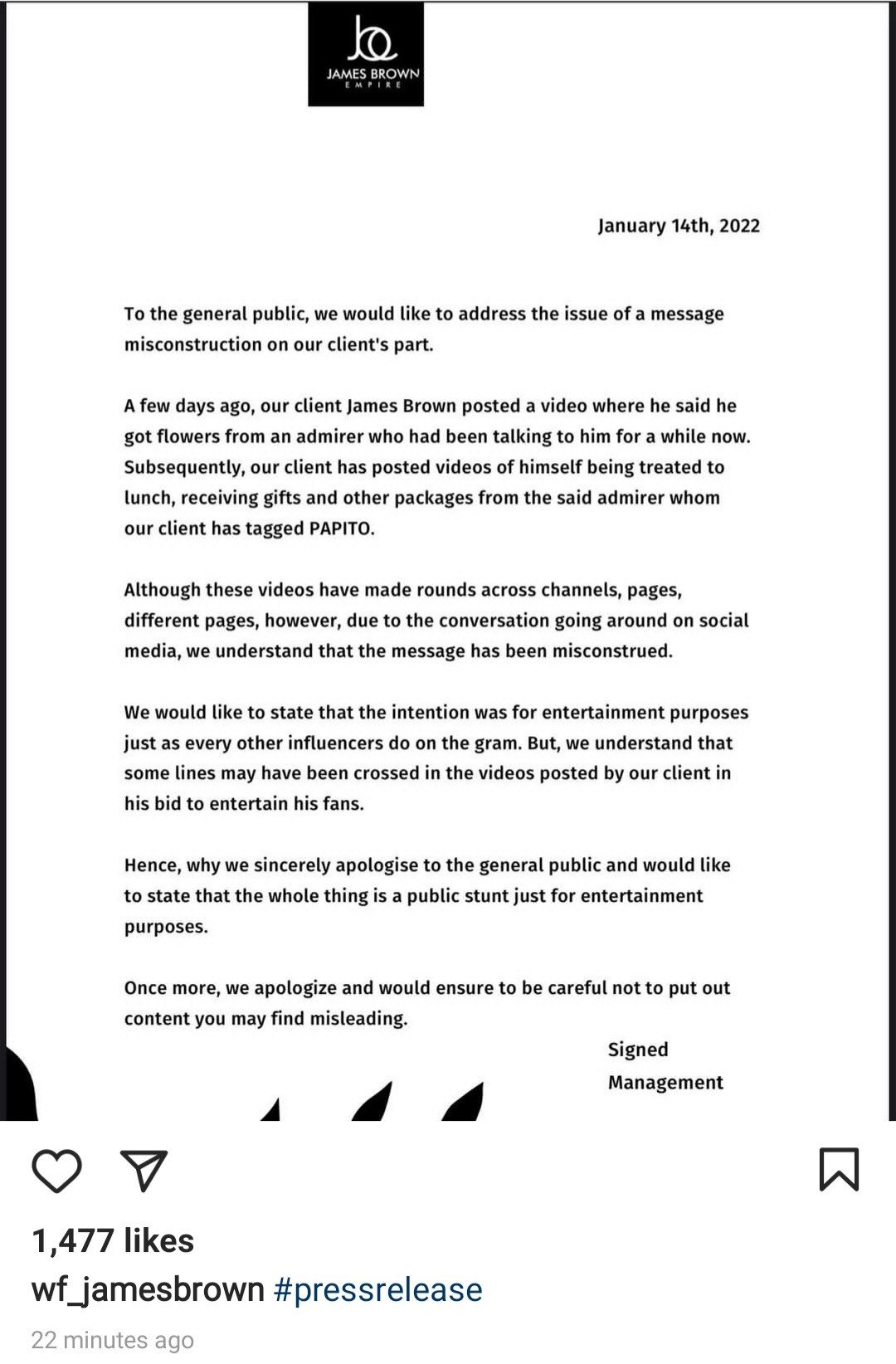 Singer Portable Reveals He Has Two Kids From Different Mothers
Blessing Okoro Accused Of ‘Living In A Boys Quarters’, She Reacts
To Top