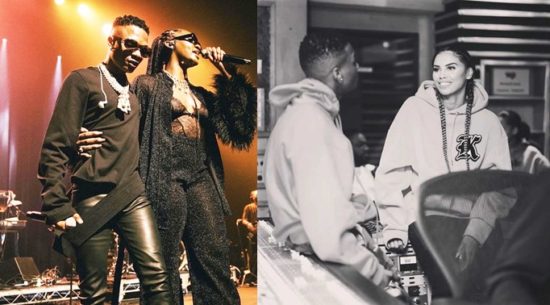 Wizkid’s manager and baby mama, Jada Pollock has finally broken her silence about the alleged dating rumours between Starboy and Tems.

While engaging her fans on Twitter, one fan popped up randomly to ask her opinion about Big Wiz and Tems romantic affair which at this point still remains wild speculation as both artistes have not come out to clarify their relationship.

She instantly issued a profound reply to the curious fan saying Tems’ talent should rather be celebrated instead of persona between smeared with a narrative that only serves as a distraction.

Jada wrote; “Tems is 1 of da BEST female artist 2 come out of the continent! Her artistry is unmatched. Yet our own will be the first 2 try & change da narrative & perception of her character.

Instead of letting her shine like da Medium star she is & celebrating da achievements of what Essence has done.” 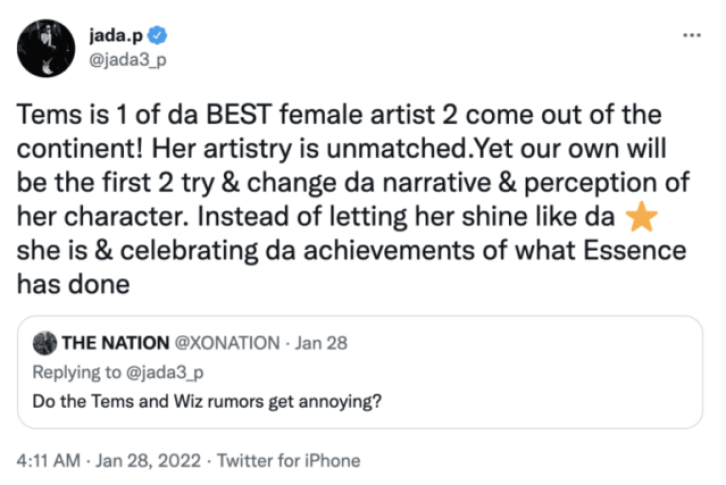