Actress, businesswoman and single mother of one, Ini Edo, has now reacted to the rumour of an affair with a married man.

Recall that a certain blogger Cute Juls had alleged that the actress was in a relationship with the chairman of Dimalor Group, Obialor Obidimalor.

The blogger accused Ini Edo in a post on Instagram on Tuesday, claiming that Obialor vacationed with Ini Edo in France, but the alleged lovers decided to make their meeting less suspicious by posting photos from different locations.

Now reacting to the accusation in an Instagram post in the early hours of Wednesday, July 6, 2022, Ini Edo dropped a cryptic message on Instagram, warning about karma.

“When you’re ugly on the outside and on the inside, You will get what’s coming,” she wrote. 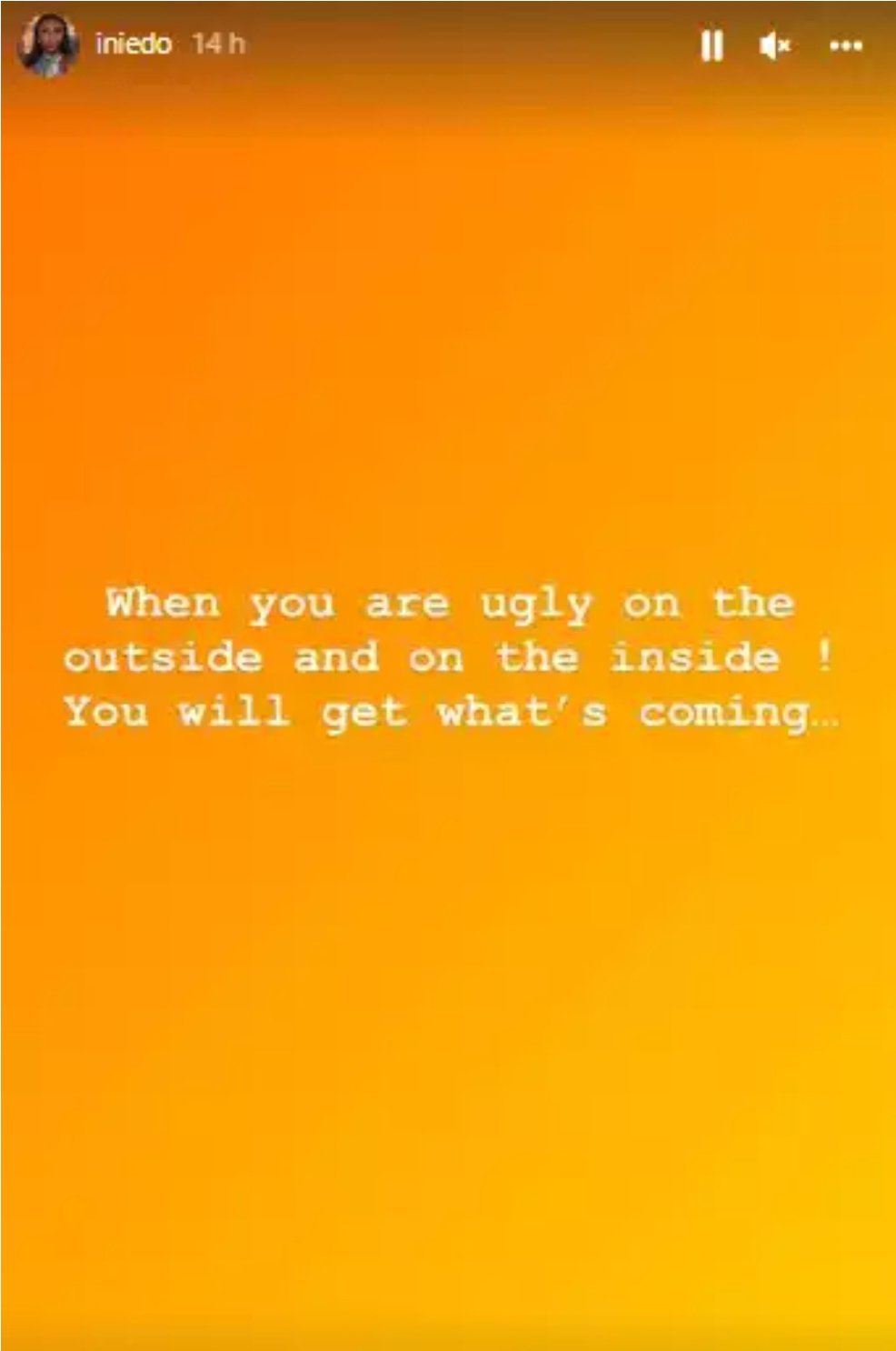