The Inspector General of Police, Usman Alkali has approved the deployment of security team to State of Osun Governor-Elect Senator Ademola Adeleke.

This was revealed in a statement issued by the Assistant Inspector General of Police, AIG Hafiz M Inuwa on Monday. 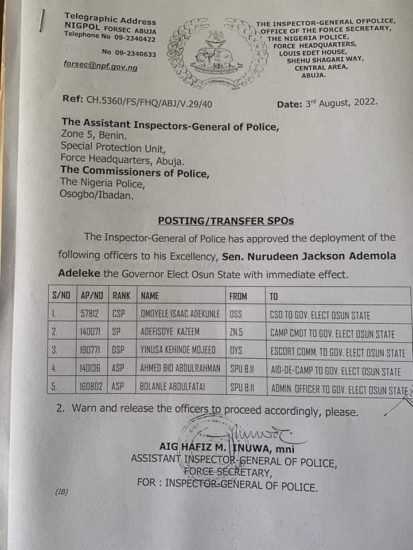