Ace rapper and music executive, Jude Abaga better known by his stage name, MI, has begged Davido to collaborate with him for a hit song.

MI Abaga took to his Twitter account to make the plea while responding to Davido’s tweet asking those who had hit songs with him to send him money.

The DMW boss had in a Twitter post, asked his fans to send him some money in order to clear his rolls Royce from the port.

As of Wednesday night, Davido has so far received N130m from his friends, fans and colleagues. 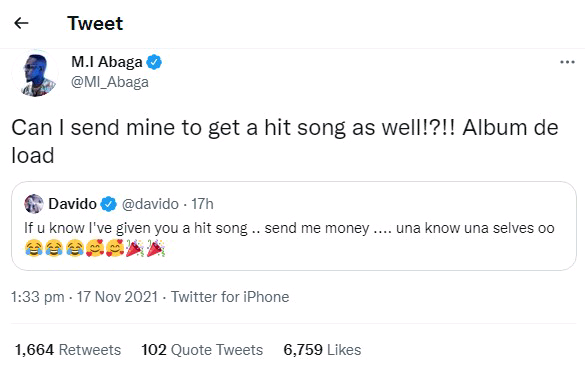 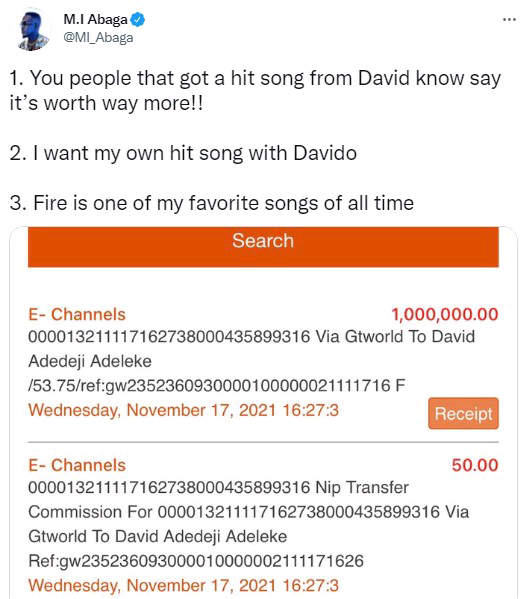