Reno Omokri has reacted to the controversial video made by musician, Baba Fryo where he called out Davido for giving the millions that were donated to him to orphanages, while ignoring him when he cried out for help.

The veteran singer had made a video to question why the singer gave such a huge amount of money to unknown people but ignore him who people know even more.

Reacting, Reno said Baba Fryo is displaying entitlement mentality. He then called on Baba Fryo to use his so called popularity to help himself and allow Davido help orphans as he deems fit.

Honestly, I can’t believe the entitlement mentality that Baba Fryo displayed. How can you condemn Davido’s ₦250 million donation to orphanages because “someone like me who is popular and well known was not helped, it is people and orphanages that no one knows that is being helped”?

You say you are popular. Use your popularity to help yourself, and allow the young man help orphans who have no popularity to capitalise on. Scripture says “It is good for a man to bear the yoke while he is young”-Lamentations 3:27. What did Fryo do for others when he was on top? No. Wrong question. What did he even do for himself when he was young?

Has he shown initiative? Did he even publish his account number, like Davido did, and people refused to donate? Other celebrities saw Davido’s action, and instead of complaining, they emulated him, published their account numbers and got love from their fans. Including two twins who just reunited.

Wow! I have never seen such entitlement in my life. Help me because I am popular? Really? Davido is young enough to be Fryo’s son. There is no better advert for the proverb that wisdom does not come with age than the case of Fryo and Davido. Use your youth well so you don’t end up like. 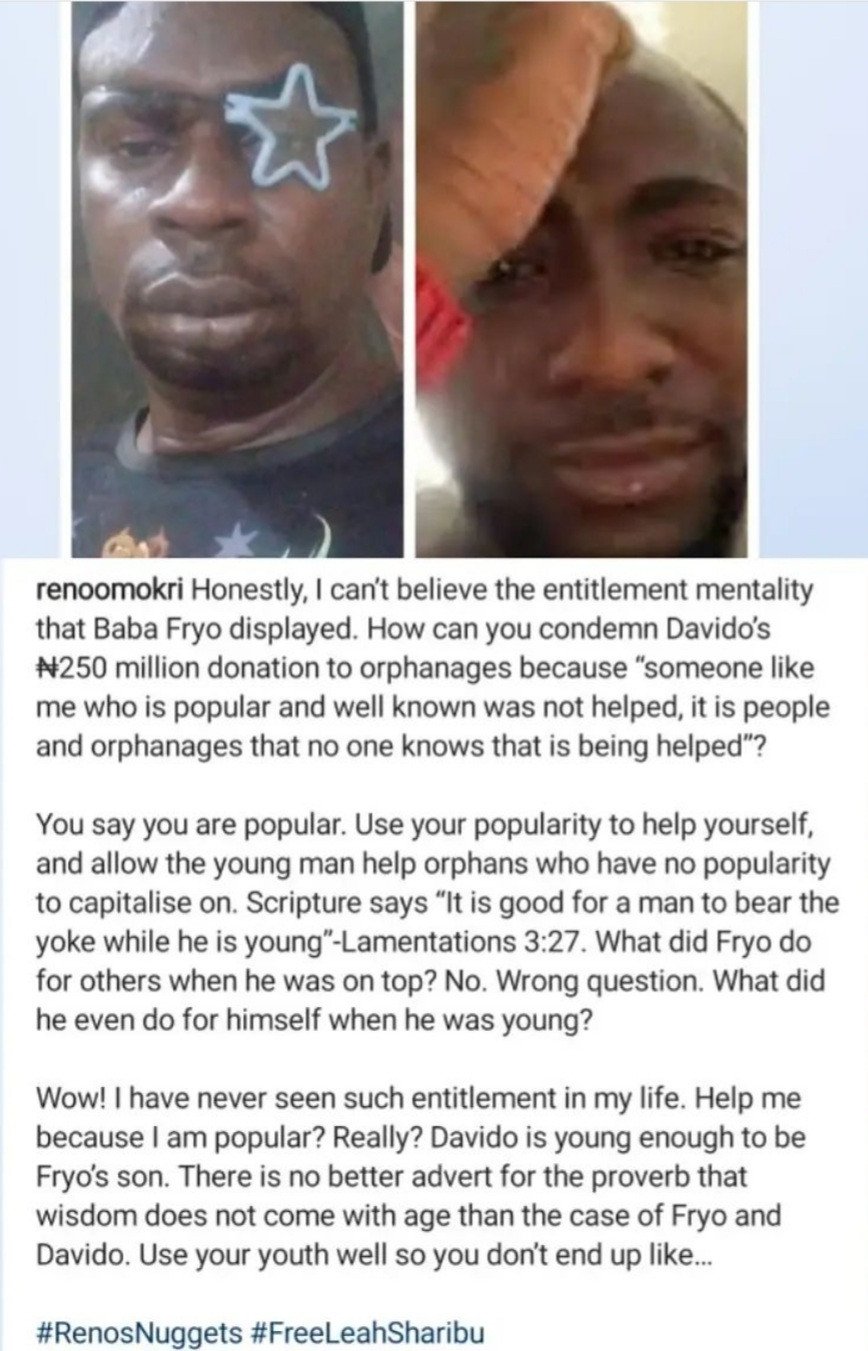 Young viral sensation, Antwain Fowler dies at the age of 6
Heartwarming moment a man surprised his mom with birthday serenade at the market she sells okra (Video)
To Top