Kemi in her report stated that Hushpuppi has is a co-conspirator with state sponsored North Korean hackers.

She reported that HushPuppi was a byproxy for the North Korean hackers who wanted to show America pepper. 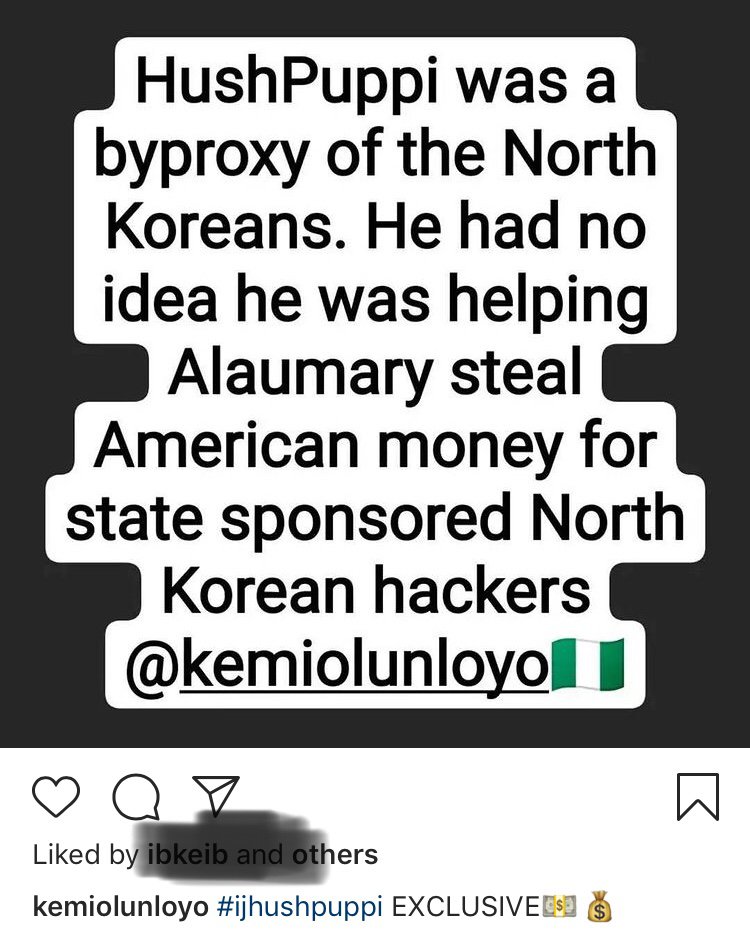 Read her report below;

This is one of the main reason Ramon Abass had to do a plea deal. About $300M of the money he laundered for Galeb Alaumary was for North Korean hackers. HushPuppi was a byproxy😲 The North Korean hackers were state sponsored who wanted to show America pepper 🌶️ that they could hack into their government systems. Sadly when they got onto HHS Department of Health and Human Services computers for #covid19 ventilators, that was a sign that they could get into anything. That cash was $100M. Alaumary already got caught by the FBI and HushPuppi’s greed caught him. $30M was for him $70M for Alaumary’s boys. But hush double-crossed them all and the North Koreans and Romanian hackers contacted the FBI to end the global scam. They tracked HushPuppi and arrested him. Hush was used to move money for an enemy country but didn’t know. When you do something by proxy, you arrange for someone else to do it for you. Those not attending the meeting may vote by proxy. With North Korea involved, it got POLITICAL. TRUMP wanted Abass nailed! He got it. This is why he was NOT held in a prison instead with the US Marshalls.