The controversial July 29 update had elicited thousands of comments and inspired a flurry of biting memes on social media.

Abba Kyari has deleted his infamous Facebook update in which he responded to his indictment in the United States with claims that he was only rendering tailoring services to notorious fraudster Ramon ‘Hushpuppi’ Abbas.

Mr Kyari took to Facebook hours after his indictment was announced by the U.S. Department of Justice on July 29, saying barely knew Hushpuppi and imploring his supporters should disregard the allegations because they contained no substance.

In the post that subsequently elicited thousands of comments and inspired a flurry of biting memes on social media, the suspended deputy police commissioner said his only connection with Hushpuppi was when the fraudster saw some traditional attires on his social media page and contacted him that he liked them. 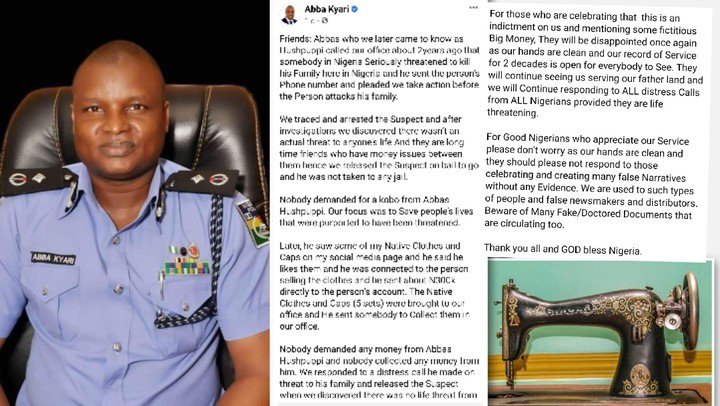 “Nobody demanded any money from Abbas Hushpuppi and nobody collected any money from him,” Mr Kyari emphasised. “We responded to a distress call he made on threat to his family and released the Suspect when we discovered there was no life threat from the Suspect. This is the true story. Vincent is alive, he can be contacted.”

But it was soon clear that Mr Kyari was lying about his relationship with Hushpuppi and what he knew of the fraud after the syndicate’s full indictment.

Following police’s confirmation that the documents were genuinely from the U.S. authorities, Mr Kyari was suspended from the police and a panel was raised to probe his involvement in a cross-border scheme of wire fraud and money laundering.

At about 12:03 a.m. on August 4, Mr Kyari initially edited the Facebook post to remove the N300,000 claim and admit that he received N8 million from Hushpuppi to hold a member of their syndicate, Chibuzo Vincent, in custody for a $1.1 million cyberheist to pull through following The Gazette’s story on that affair.

By 4:01 a.m., barely four hours later, both the original post and the edits had disappeared from Mr Kyari’s page. Why the disgraced officers decided to remove the entire post after it had been seeing presumably by millions across the world was not immediately clear. He did not return a request from The Gazette seeking comments