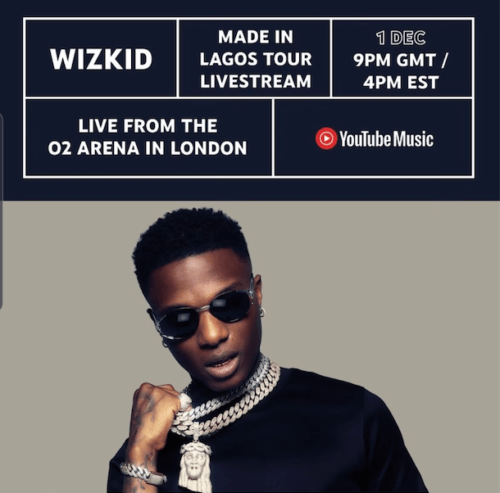 Big Wiz himself has given us an insight into what to expect from him on the 3rd day of his 02 Arena show.
The Grammy-Award-Winnig artist commenced his 3-day ‘Made In Lagos‘ O2 Arena sold out concert in London on the 28th of November, and will be wrapping it up tomorrow, with a thud, alongside 20 thousand concertgoers.

As we all know, the past couple of days have been excitingly overwhelming as Wizzy

has been granting his fellow artists major recognition by calling them on stage to perform. On his first day, he surprised his fans by bringing out his long-term friend, American artist, Chris Brown who has not performed in London for over 10 years now.

Yesterday, he brought out Buju, Bella Shmurda, Naira Marley, Lojay, Giggs, to mention a few, giving most of them their debut O2 arena performances. 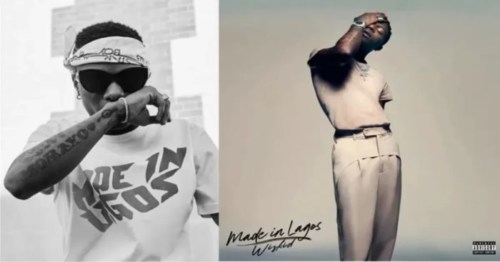 However, tomorrow, Wizzy wants to end the show on a unique note, as he has revealed that the whole Made In Lagos Album + Deluxe will be performed from top to bottom and he would love for everyone to come as one. No guests; No friends, just 20 thousand drunk concertgoers.

Day 3! We performing made in Lagos from top to bottom tomorrow! No guest no friends!! Come Drunk. 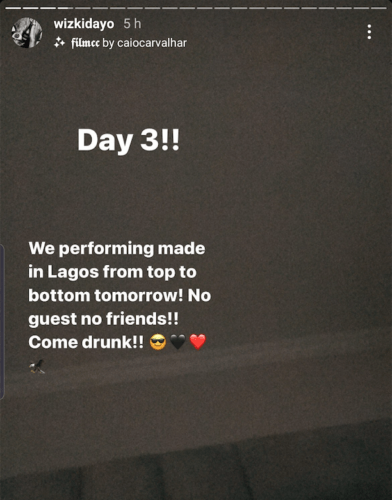