Singer Davido’s PL manager, Israel has appealed to Nigerians to stop pressuring his boss to sack him.

This is coming after after it was alleged that the singer had fired him.

Reports on social media had claimed that the record label boss was angry at his worker for supporting police chief Abba Kyari who is presently being investigated in a fraud case involving Hushpuppi. 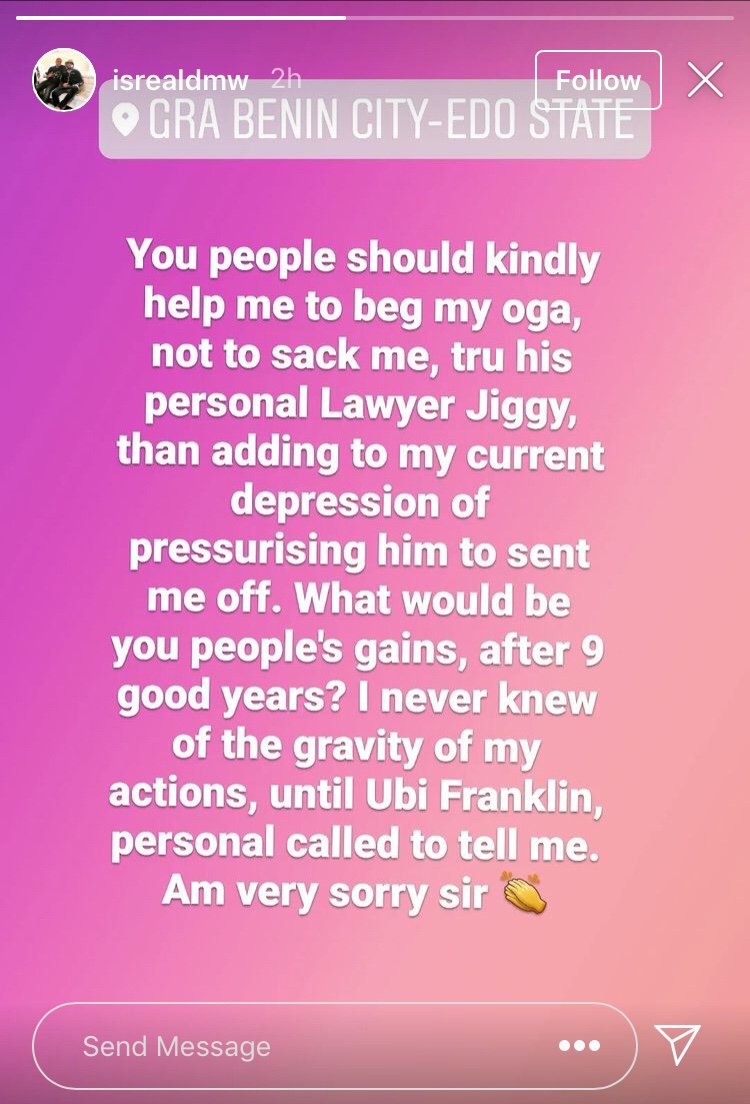