Congratulatory messages are pouring in for Nollywood actress, Funke Akindele as she emerges the Deputy Governship candidate for PDP.
It was reported that Funke Akindele Bello had added a great feat to her numerous achievements as she delved into politics.

The “Jenifa Diary” actress had been nominated as PDP Deputy for Lagos Governship Candidate.

The Lagos State chapter of the Poeples Democratic Party (PDP) had shortlisted five names as the potential running mate of the party’s governorship candidate, Alhaji Abdulaziz Olajide Adediran who is popularlypopularly addressed as Jandor.

Daily Trust reports that among the shortlisted names were Nollywood actress, Funke Akindele, former governorship aspirant, Gbadebo Rhodes-Vivour; former Senatorial candidate for Lagos East Yeye Shobajo; another governship aspirant David Kolawole Vaughan known as DAKOVA and Engr. Teslim Balogun”.
As expected, the news caused a division among social media users as some applauded the new political movement in Nollywood while others condemned it.

In a new update, Funke Akindele was favored after she was listed among five names released as the potential running mates of the party’s governorship candidate, Alhaji Abdulaziz Olajide Adediran popularly known as Jandor. 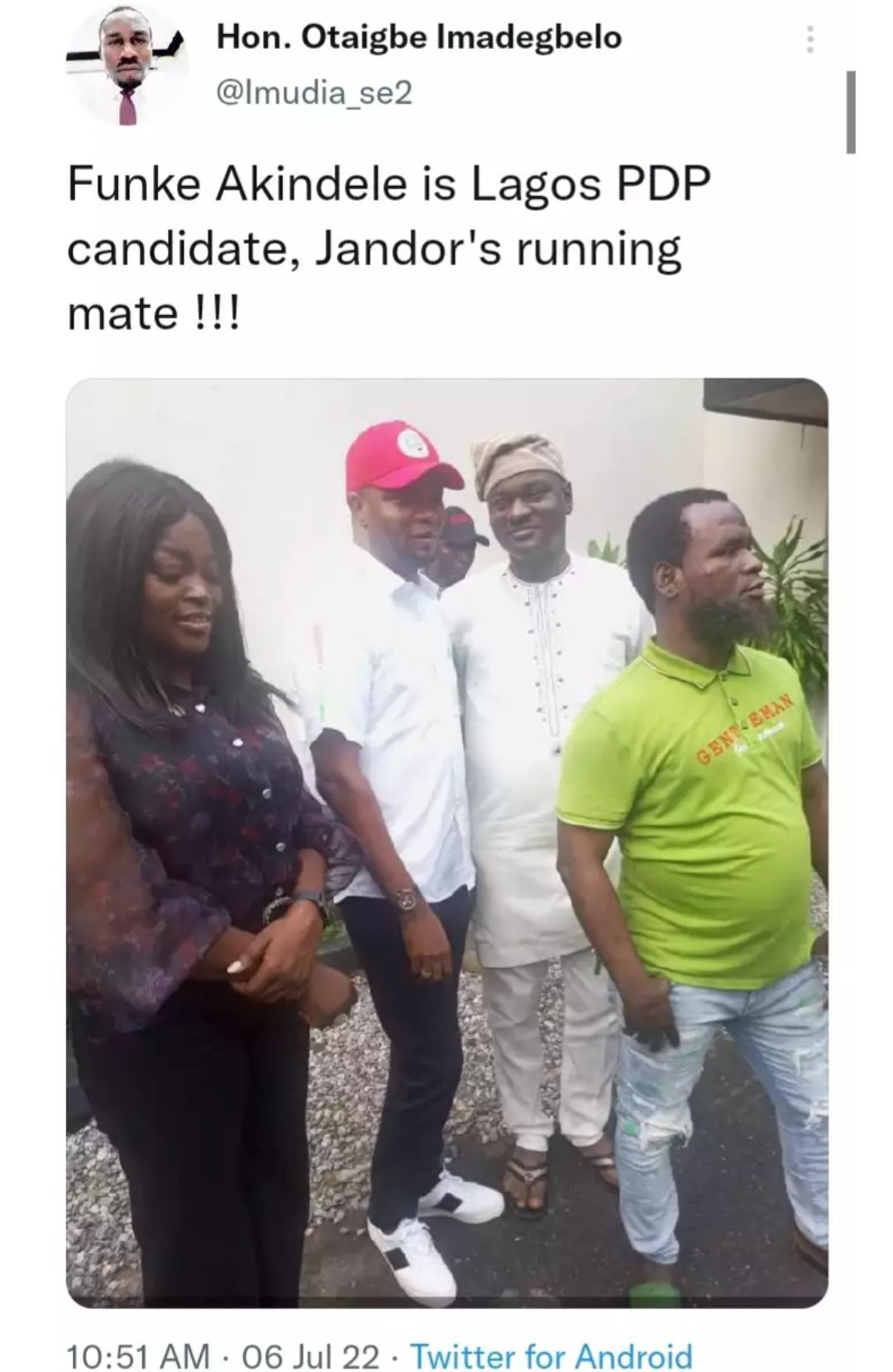