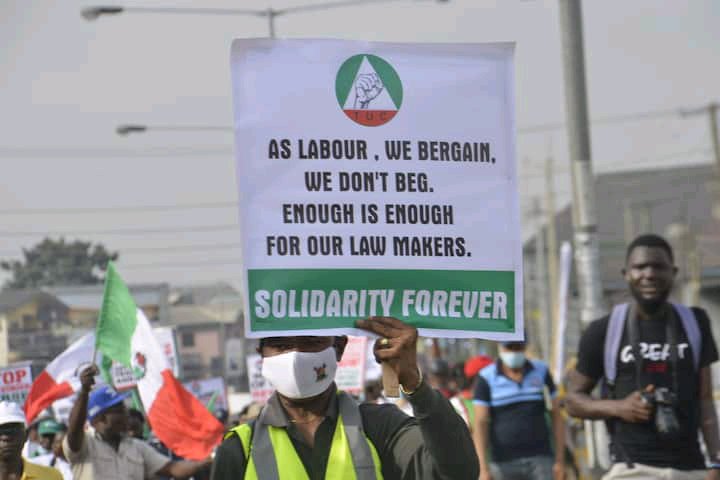 The Nigeria Labour Congress (NLC) is not in support of the plan by the federal government to hike the price of petrol and electricity tariff.

In its new year message on Saturday, January 1, the union said it would shut down the country if the government proceeds with the planned price hike in 2022, The Nation reports.

Labour stated that the policies of the current administration, which it labelled as anti-people, would no longer be tolerated.

Wabba advised FG to shelve any plans of increasing petrol price until action is taken to make the nation’s refineries functional.

According to Labour, it had a meeting between December 15 and 17, 2021, where it was agreed that they would protest the planned hike. The protest will take place in all 36 states of the federation on January 27, 2022, Vanguard reports.

The statement read in part:

“The protest in the states would culminate in the submission of protest letters to the 36 State Governors. Subsequently, on the 1st of February 2022, there would be a national protest to be held in the Federal Capital Territory.
“We urge Nigerian workers and people to dust their sneakers and fully participate in the peaceful protests and rallies aimed at salvaging our economic future.”