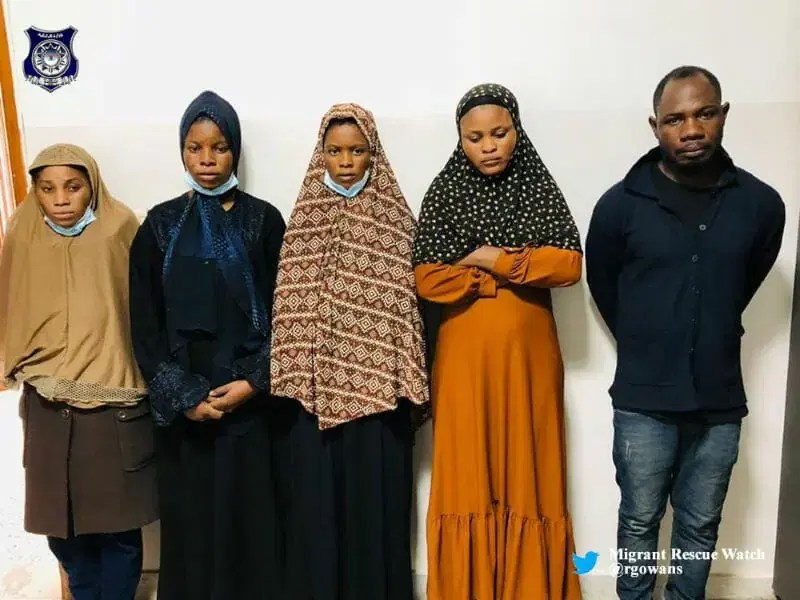 Four African women have been arrested in Tripoli, Libya for allegedly blackmailing Libyan women with threats to upload their nude photos on social media platforms.

According to Libyan media, the suspects posed as housemaids in private residences where they allegedly filmed and and took intimate photos of female employers.

They would later alleged threaten to publish the nude pictures of the women online if they failed to pay them. 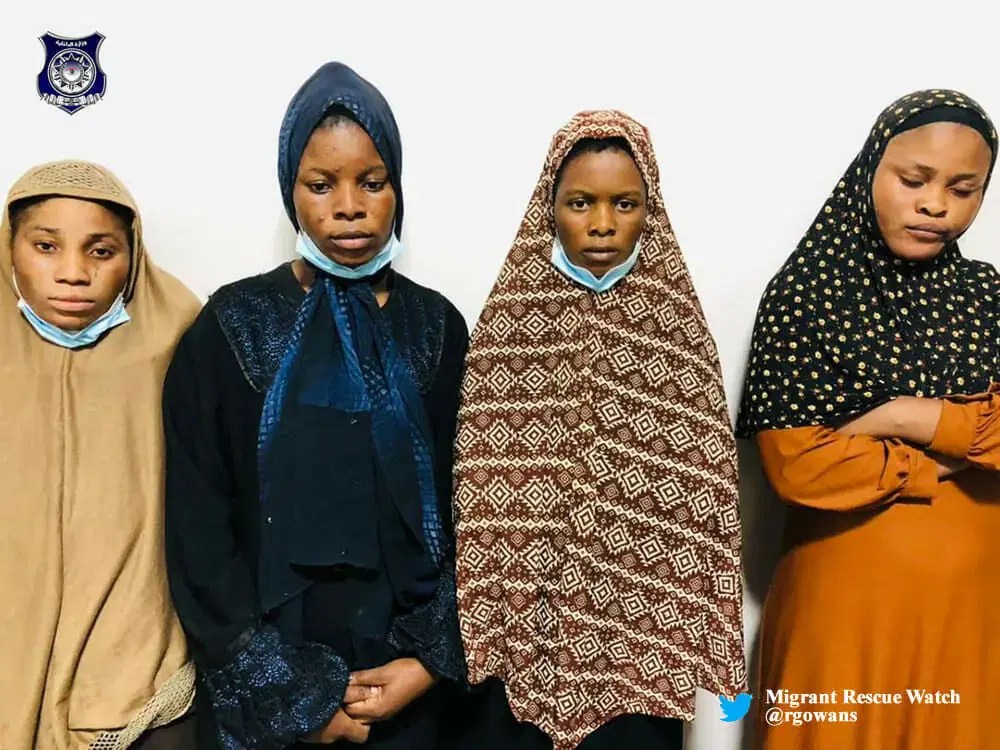 The Libyan Observer reported that the suspects were arrested after one of the female victims reported the case to the police in Janzur, Tripoli.

“Police in Janzur, Tripoli, have arrested 5 foreigners (4 women and a man) on charges of blackmailing a Libyan woman who informed the police that a foreign woman (arrested), who was working in her house as a housemaid, filmed her secretly in revealing clothes. After escaping from the house, her ex-housemaid started extorting her by threatening to publish her photos online if she did not pay.” the report says. 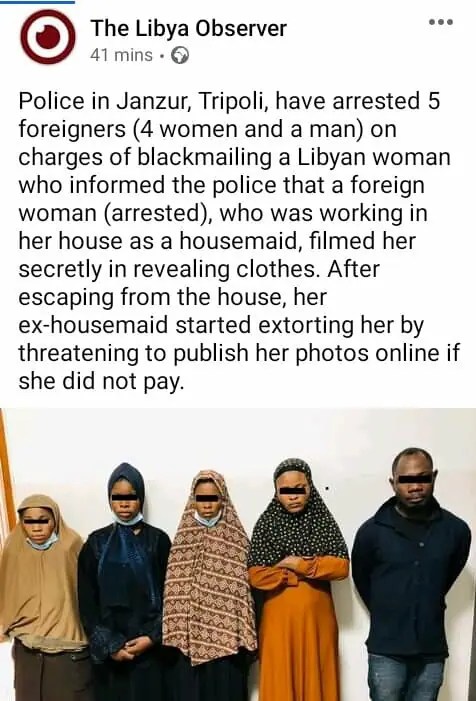