Minister of State for Labour and Employment, Festus Keyamo, has said that reports of voting-buying in the governorship election in Ekiti State is not solely synonymous to the ruling All Progressives Congress (APC).

Reacting to reports of mass vote buying and selling in Ekiti governorship election which the ruling party’s candidate, Biodun Oyebanji won, the minister said the claims are only subtle messages passed across by opposition parties, all in a bid to see that the ruling party loses the election.

“Incidences of vote-buying can’t be synonymous only with the ruling party, but the subtle message the other parties try to pass to the gullible is that only the ruling party engages in illegalities & that the only way an election can be deemed credible is if the ruling party loses.” 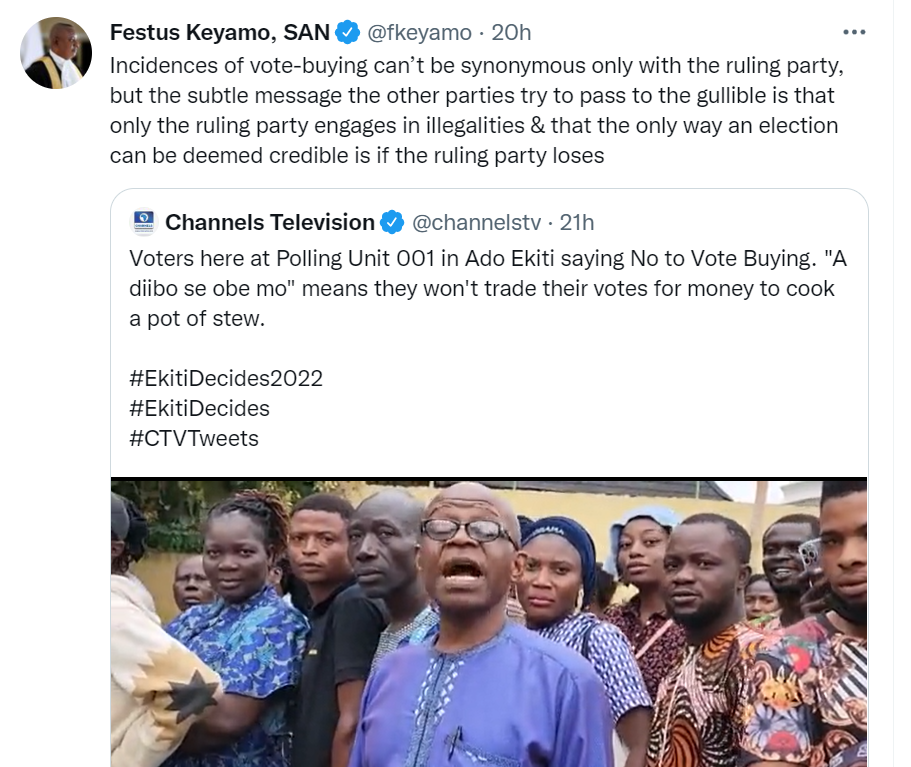