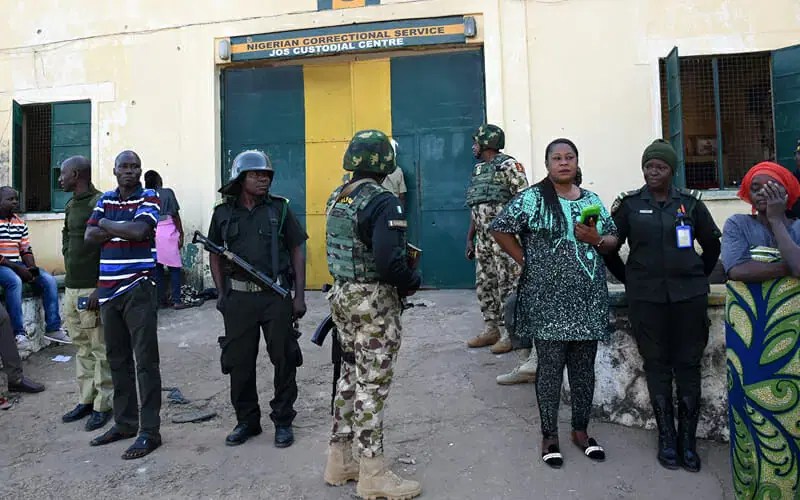 ex-FCT judge: Prisons must be decongested to discourage attacks

ex-FCT judge: Prisons must be decongested to discourage attacks

Former chief judge of the federal capital territory (FCT), Ishaq Bello has stated that correctional centres across the country need to be decongested.

This was stated on Tuesday by Bello who is also the chairman of presidential committee on corrections, reforms and decongestions when he featured as a guest on ‘Good Morning Nigeria’, a programme on the Nigerian Television Authority (NTA).

He also expressed concern over the delay in prosecuting cases, adding that judges are sometimes forced to adjourn cases due to lack of vehicles to convey suspects to courts.

“Unless something is done, these jailbreaks will continue. Some of these condemned prisoners have become institutions; I know what I am saying and I believe talking to people that are enlightened, they will understand that there are some things you don’t say publicly. But I can tell you that they have become institutions; they can dictate what they want to be done, compromising the system or institution and a lot needs to be done in that direction, very radically, to address that,” he said.

“We know as a fact that some of the delays in the disposal of cases are also connected to deficit infrastructure regarding the correctional centres, because if you as a judge or magistrate wants to sit and then there is no vehicle to convey a suspect to your court, there is nothing you can do but to adjourn the matter. This is a factor that we must understand.

“On the part of the presidential committee, we have made a lot of recommendations and happily, the president has always accepted those recommendations. Let me say this, we looked at those that are able to read from O-level up to doctorate level within the prisons before their terminal date.

“A number of times, I addressed legislators as to what will happen to their credentials and luckily, it was accepted that those that are able to acquire learning, once they are out, the controller-general by law is empowered to recommend amnesty for them so that when they are filling any form, the column ‘were you ever convicted?’ will not be applicable to them and they will be as clean as newly-born baby.

“Those that could not acquire learning, we made provision for them within the law to acquire skills, carpentry, other trades, they are also entitled to such to remedy recidivisms. It was idleness that was leading them into crimes, now they are given opportunity to be integrated into the society to be free anywhere like any other person.

“There is a need to decongest the prisons and something needs to be done quickly.”

EFCC: Fani-Kayode clears air on his ‘rearrest’
Suspect in custody in Michigan school shooting that left 3 students dead
To Top