Chairman of the Lagos state NURTW branch chairman, Musiliu Akinsanya, known as MC Oluomo, has won the hearts of the congregation at Love of Christ Generation Church. The church founder, Reverend Esther Ajayi, also showered him with praises.

Photos that appeared online after the church’s one year anniversary on Sunday, the 4th of September, captured MC Oluomo beaming with smiles as he got a warm welcome from members.

MC Oluomo was captured with Rev Esther Ajayi, her husband, former Nigeria President Olusegun Obasanjo, the Ooni of Ife, Oba Adeyeye Ogunwusi, and other prominent faces in the country.

Sharing photos of MC Oluomo on Instagram, Rev Esther Ajayi showered him with praises, stating he is an amazing person who has been viewed in two ways.

To some people, you’re the most amazing person, To some others you not don’t listen to anyone , just keep doing your thing.

Reverend Esther Ajayi also praised him for his support to her ministry. She spoke about how people accuse him of all sorts yet he is the one that supports her church while those making accusations have nothing in their account balance.

According to her, he joins her prayer sessions diligently and gave 4 cows and several millions to the anniversary celebration while Christians and members hold back their money. 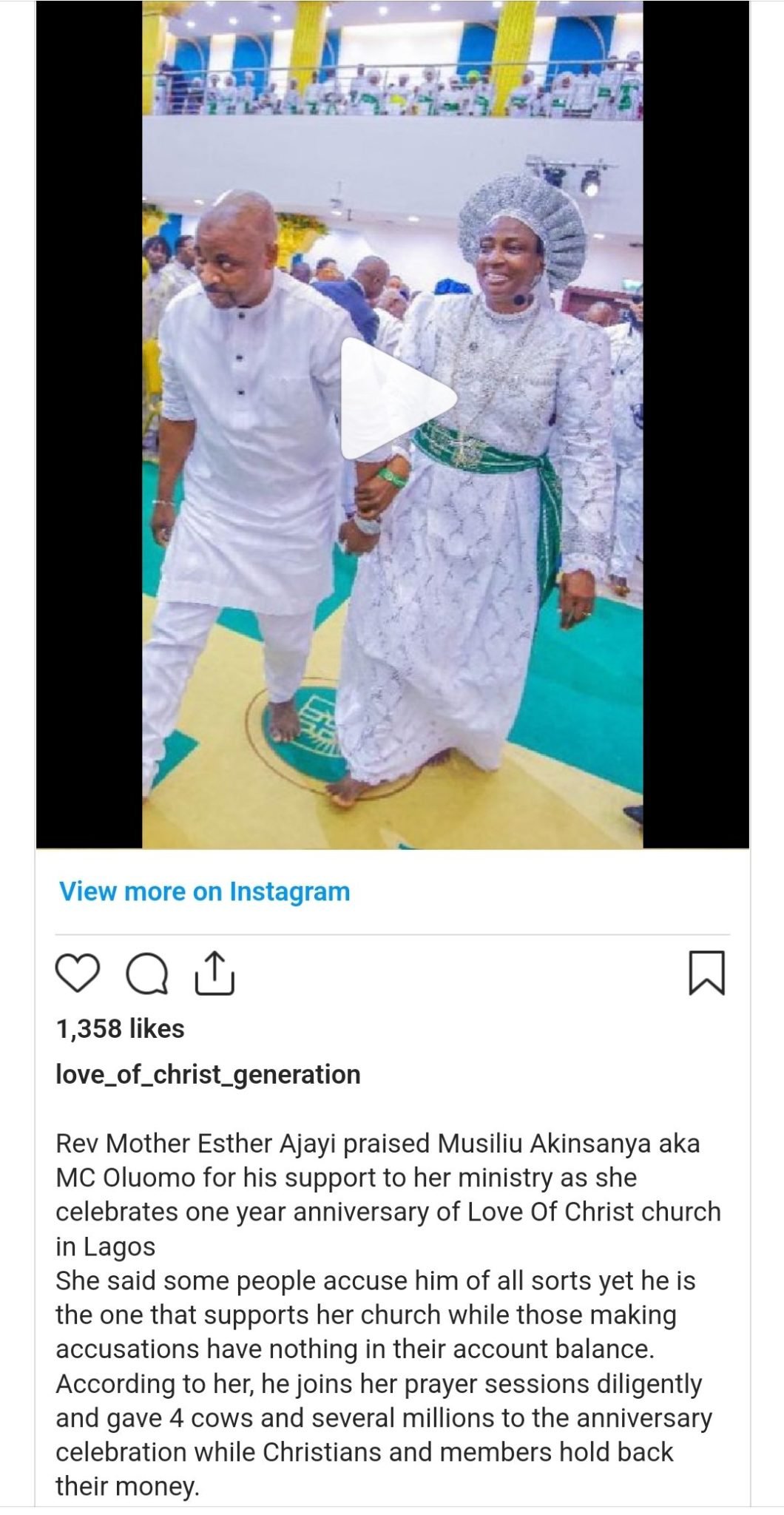 Tinubu Denies Ownership Of Oriental Hotels, Other Assets ‘Linked’ To Him
Fresh Nationwide Strike Looms In Power Sector
To Top