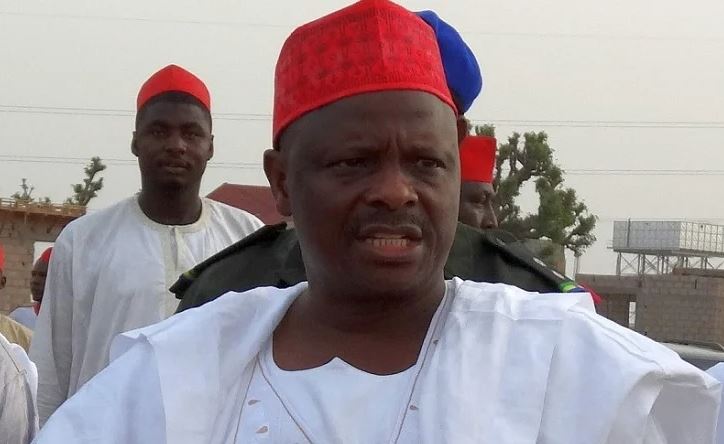 The fund was said to have been misappropriated during his tenure as governor between 2011 and 2015.

Rabiu Kwankwaso, a former governor of Kano State, was interrogated by the Economic and Financial Crimes Commission for several hours on Saturday over alleged non-remittance of N10 billion pensions fund, The PUNCH reports.

The fund was said to have been misappropriated during his tenure as governor between 2011 and 2015.

The Peoples Democratic Party chieftain reportedly turned himself in at the EFCC headquarters in Abuja in the afternoon, where he was subjected to marathon questioning.

He was said to have previously shunned invitations from the anti-graft commission.

It was learnt that the former senator was being investigated over a 2015 petition by Concerned Kano State Workers and Pensioners, who alleged that he violated the Kano State Pension and Gratuity Law of 2007 by failing to remit the pensions contribution.

Kwankwaso had allegedly directed that the pension remittances be used for housing development, which was later awarded to cronies.

About 1,579 houses built under an arrangement between the Kano State Pension Trust Funds, Kano State Investment and Property Limited and Kano State Housing Corporation Limited were allegedly awarded to the political associates of the former governor, leaving the pensioners in the cold.

A source said the PDP chieftain was still being held as at 7.38pm when this report was filed.

Shocker! Pastor Caught Red-Handed Having S*x With A Married Woman On Church Altar (Video)
Heartbreaking! Nigerian Man Dies One Week To His White Wedding
To Top