Ka3na had slammed Ada over her comments on Kemi Olunloyo sharing that she is becoming a nuisance.

The mother of one said it’s always easy for Ada to hurl insults at others and said that she allowed the first time Ada insulted her to slide because she still has some respect for her.

She noted that the actress will one day meet her match and things will get hot. Nkechi has now fired back at Ka3na asking if she has a mother for her to say such nasty things to a woman old enough to be her mother. She further warned her to respectfully stay on her lane. 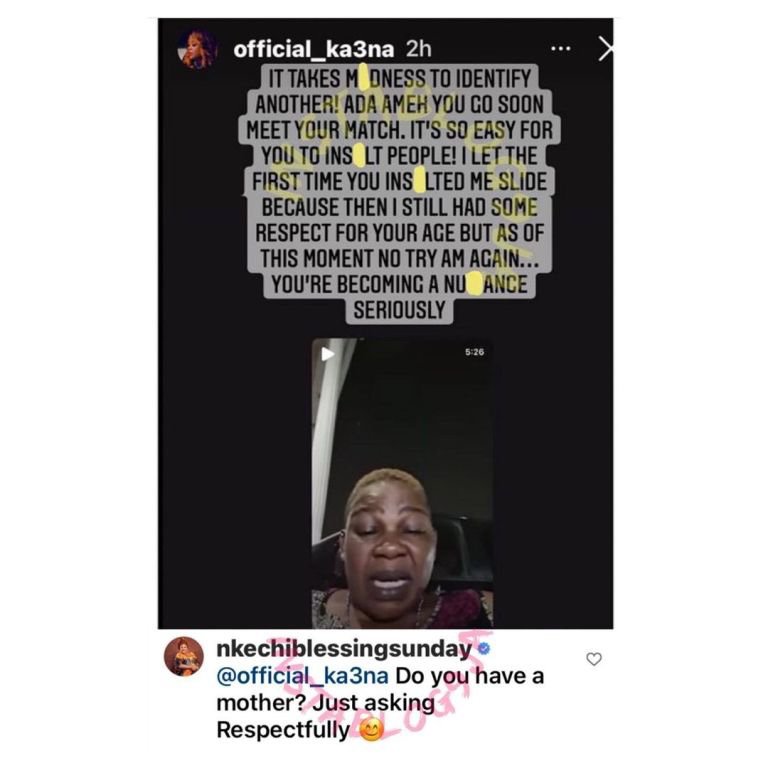