Entertainer, DJ Switch has reacted to Lagos panel confirming that EndSARS protesters were killed at the Lekki tollgate on October 20, 2020.

The panel indicted soldiers and implicated Nigeria’s security agents in the “killing and forced disappearances of harmless and unarmed youths protesting at Lekki Tollgate on October 20, 2020”. The Justice Doris Okuwobi-led panel made the revelation in a 309-page report submitted to Governor Babajide Sanwo-Olu of Lagos State on Monday November 15.

Reacting to the report via Twitter, DJ Switch stated that those behind the act shattered many lives and also tried to destroy hers. She added that what the perpetrators tried to hide, has also been made public by them. 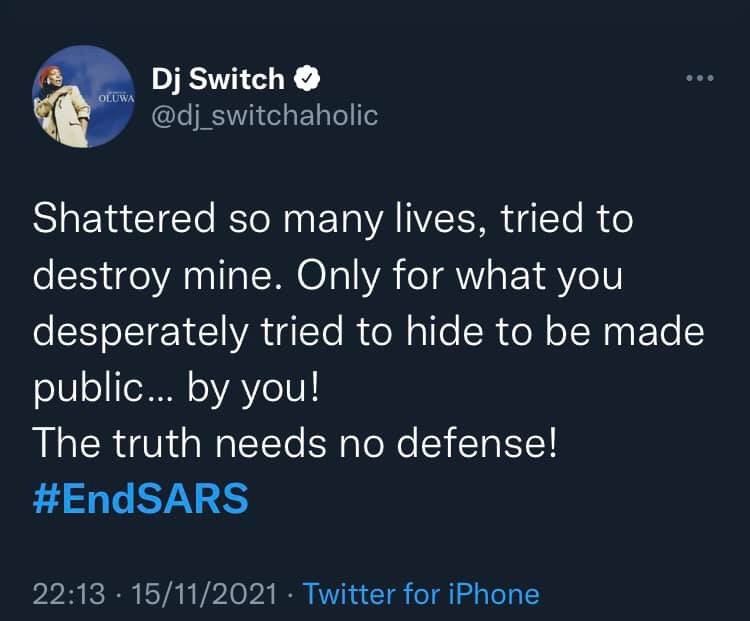